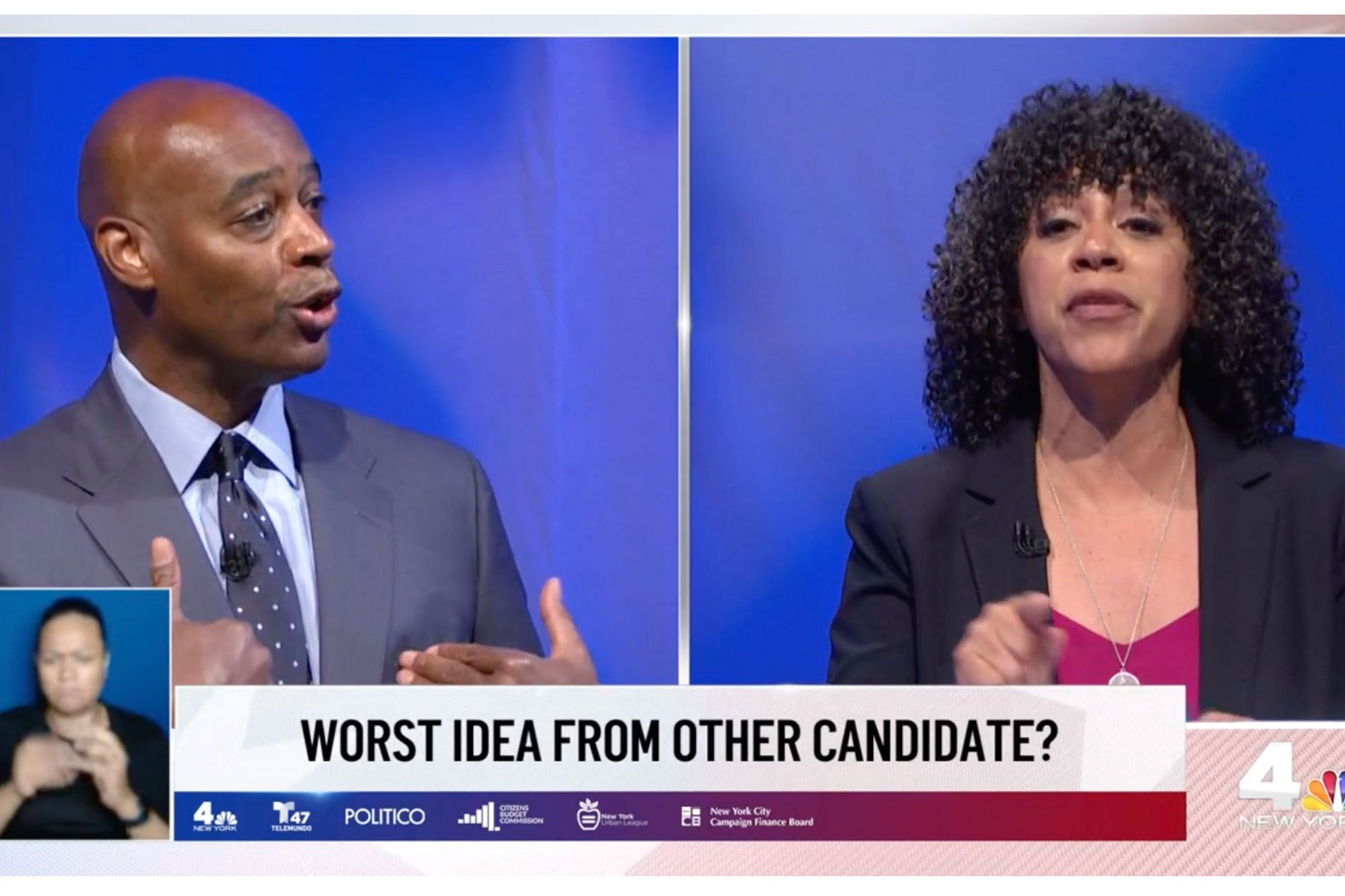 Long-shot mayoral candidate Dianne Morales told Ray McGuire, a black ex-Citigroup executive, that he couldn’t speak for minority communities in a heated argument over defunding the police at the final Democratic debate before the June 22 primary.

“You don’t speak for black and brown communities,” Morales, a nonprofit leader who identifies as Afro Latino, told McGuire, who had said that slashing funding from the NYPD “will end up in disaster for New Yorkers.”

“How dare you assume to speak for black and brown communities as a monolith,” continued Morales, who wants to slash $3 billion from the Police Department’s budget.

“You know what, I just did,” McGuire shot back.

“It is not the truth for the community as a whole,” Morales insisted.

“Black and brown communities do not want defund,” McGuire repeated.

“I am a member of that community, and you certainly are not speaking for me,” Morales said.

“Let’s not exclude me,” Morales fumed, before the moderators broke up the argument.

A recent Ipsos/USA TODAY national poll found that only 28% of black Americans supported defunding the police.

Morales and McGuire are polling at the bottom of the eight-person field.