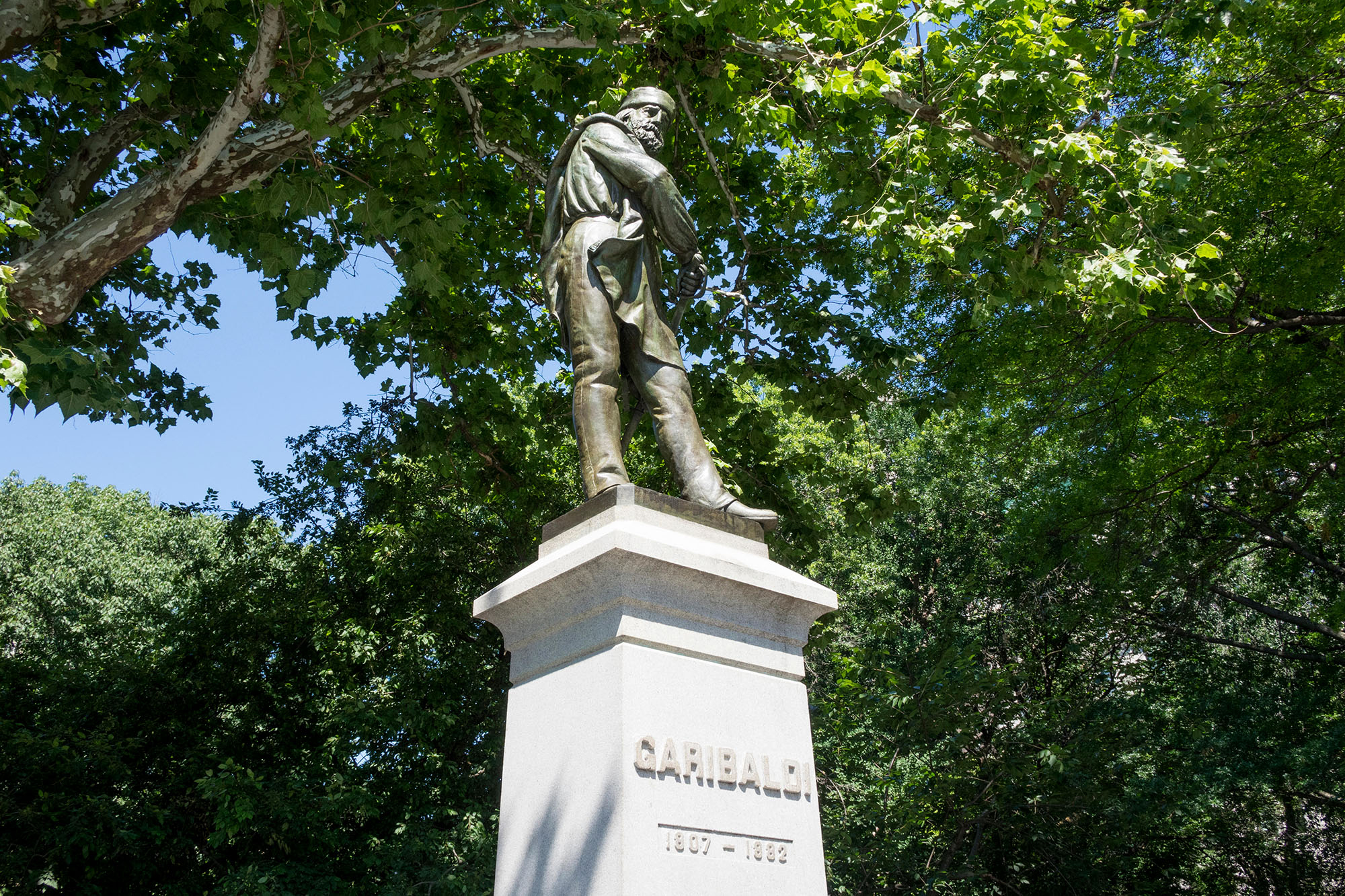 Cops say illegible graffiti was found Thursday spray-painted on three sides of the statue of Garibaldi, an Italian leader credited with helping to unify Italy in the 19th century.

The Greenwich Village park has recently been embroiled in controversy, with residents and merchants fed up with park-goers who party at all hours.