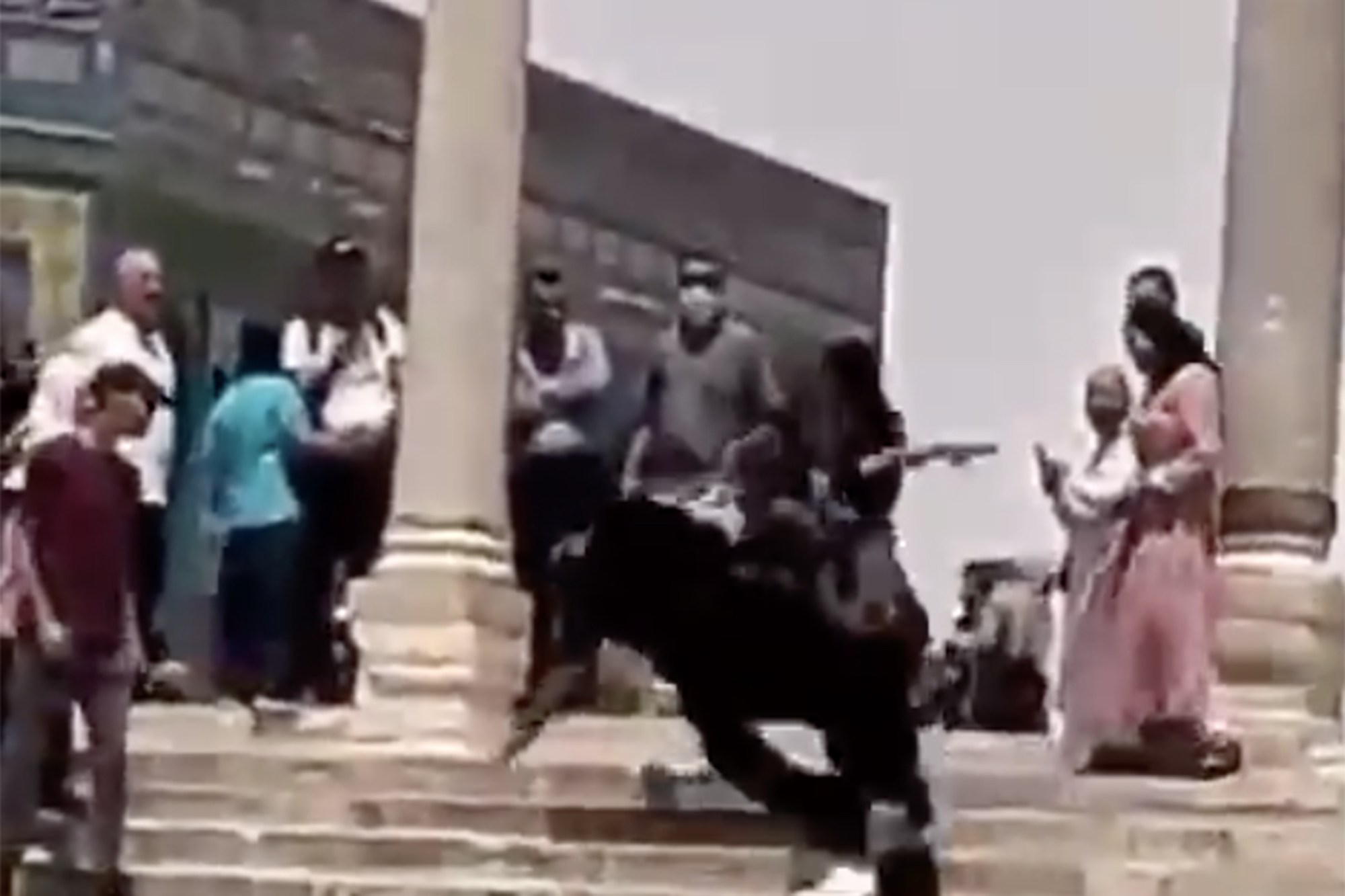 A crowd of Palestinians cheered Friday when an Israeli officer was knocked off his feet in Jerusalem — underscoring how tensions remain despite the cease-fire that ended 11 days of deadly conflict between Israel and Hamas terrorists in the Gaza Strip.

The unprovoked attack — which was recorded on cellphone video — took place at the historic Temple Mount as the officer, wearing a helmet and body armor, ran up a flight of ancient stone steps.

Near the top, a young man suddenly lunged from the side and shoved the officer with both hands, then ran down the stairs to cheers, a clip posted on Twitter shows.

A suspect was arrested later, the Times of Israel reported.

Also Friday, hundreds of Palestinian protesters — some waving Hamas flags — clashed with Israeli police during a series of riots across East Jerusalem, according to the Jerusalem Post.

Among those arrested were four people accused of possessing assault weapons.