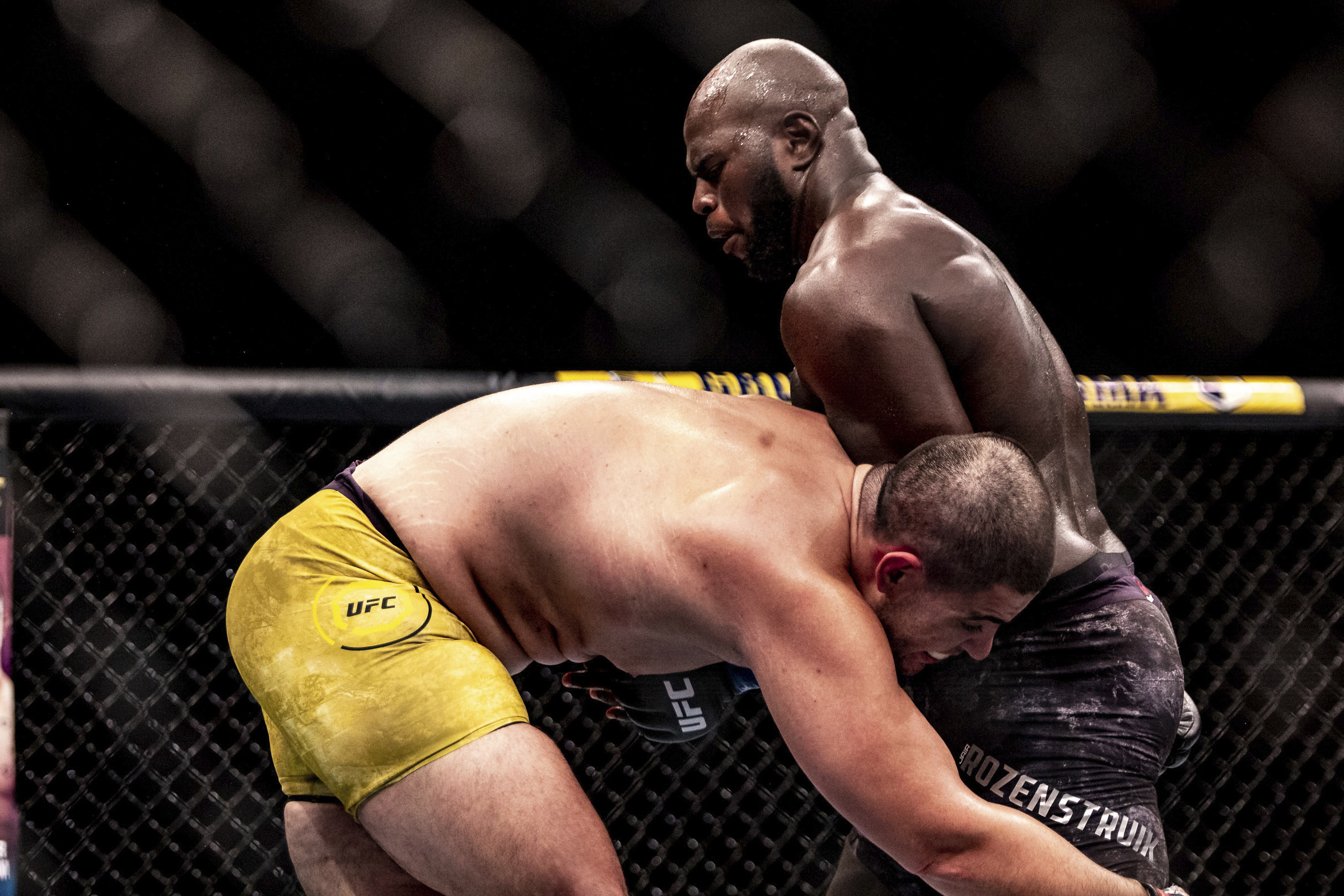 Here’s a deep dive into the main event.

Rozenstruik enters this bout ranked sixth in the heavyweight division despite just three years in UFC. In that time, he has been impressive in beating competent adversaries and losing only to third-ranked Ciryl Gane and current champion Francis Ngannou.

Rozenstruik is a calibrated, precision-based kickboxer who is fast, has abundant power, is aggressive and unafraid to engage. His championship kickboxing pedigree earned before becoming a mixed-martial artist is forceful proof that this undersized heavyweight is a most dangerous and driven competitor.

Rozenstruik, 33, potentially can be exposed on the ground where he has had to show little wrestling, grappling or Brazilian Jiu-Jitsu capability. That said, in each defeat he was out-hit by more capable, powerful strikers and has failed to need to address takedown defense based on the opponents he has faced. I’m wondering if that may change this week.

In the Gane fight, the 6-foot-2, 255-pound Rozenstruik was so overly cautious about Gane’s power that he stood almost motionless without action for most of the fight. I believe he has nightmares about that listless last effort, and it’s probable that he comes out more forceful in this bout.

Sakai, 30, a 6-foot-4, 260-pound Brazilian with Japanese heritage, does not have the athleticism, quickness or precision-based striking acumen that his opponent does. What the ninth-ranked heavyweight does have, however, is height, size and age advantage. That makes Sakai the far more powerful puncher. But because of his lumpy physique, he tired against Alistair Overeem when the fight got beyond three rounds.

It was Ngannou’s and Gane’s power striking that thwarted Rozenstruik in previous bouts, so the plan for Sakai will be to pressure the lighter, more mobile kickboxer backward and force him into the corner, where Sakai may unleash fists, elbows and knees.

Sakai, a blue belt in BJJ, has not used his grappling to date. With his size and this being a five-round bout, it may be a good idea for him to maul Rozenstruik to the floor and from top position and rain a little damage upon him. Whether Sakai can execute this or even try will be interesting to see.

Sakai will need to address a faster, more mobile opponent who will attempt to avoid his power by wearing him down with movement then blister him with strikes from all angles when the giant slows. I believe Rozenstruik will, over time, chop the larger, more deliberate fighter down.