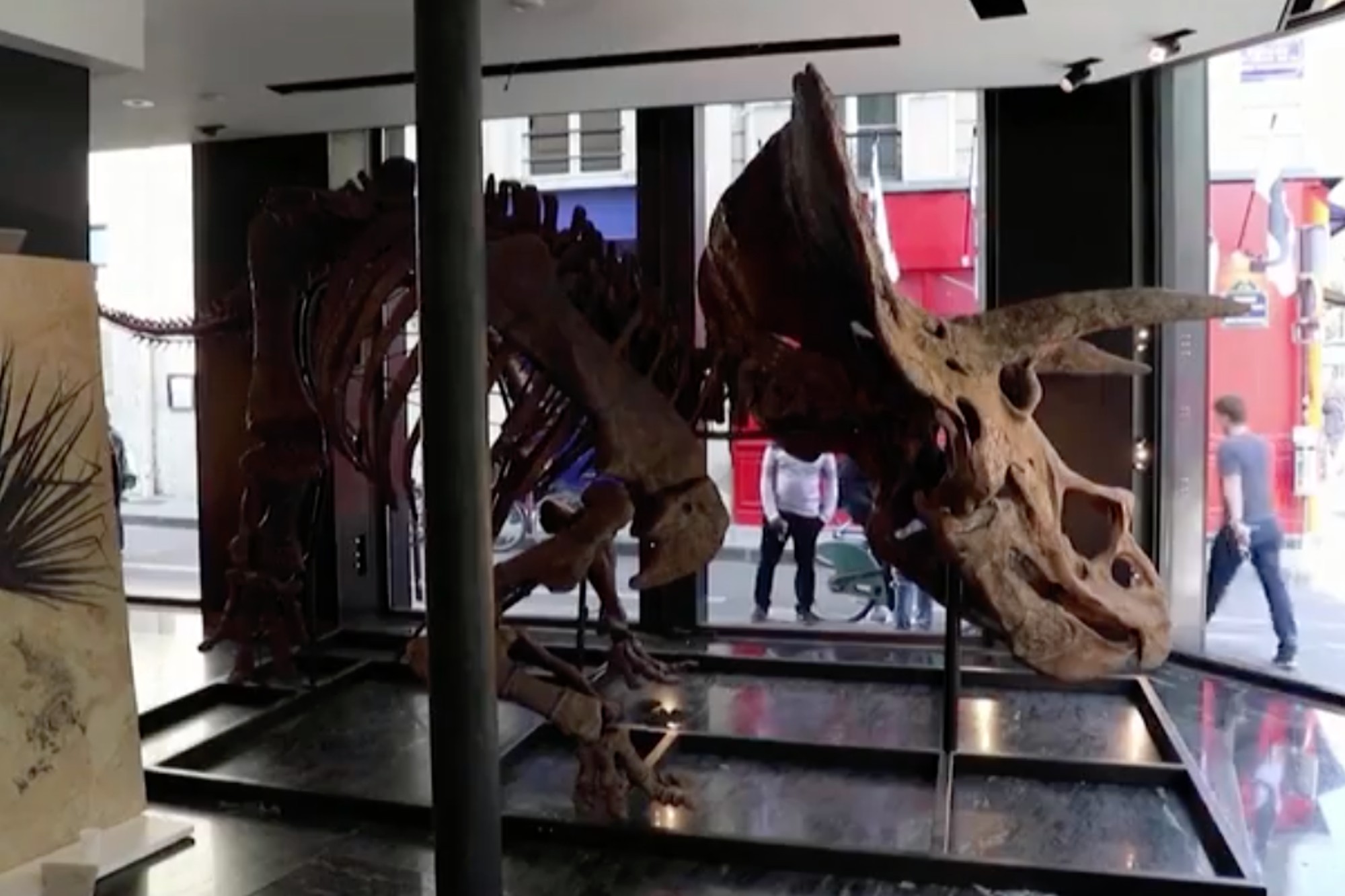 The fossilized remains of ‘Big John’, the largest triceratops dinosaur ever discovered by palaeontologists, could fetch up to 1.5 million euros ($1.75 million) at a Paris auction on Thursday, October 21.

Big John roamed the lands of modern-day South Dakota more than 66 million years ago. Palaeontologists unearthed the first piece of bone in 2014 and by the time they were done had found 60% of his skeleton, including a near-complete skull.

The skull of Big John, named after the owner of the land where more than 200 of the dinosaur’s bones were found, is 8.5 feet in length – nearly a third of his overall body length – and 6.5 feet wide.

The name triceratops means ‘three-horned face’. In the fossilized remains of his bony frill is a gaping hole, a battle scar inflicted by a smaller rival according to palaeontologist Iacopo Briano.