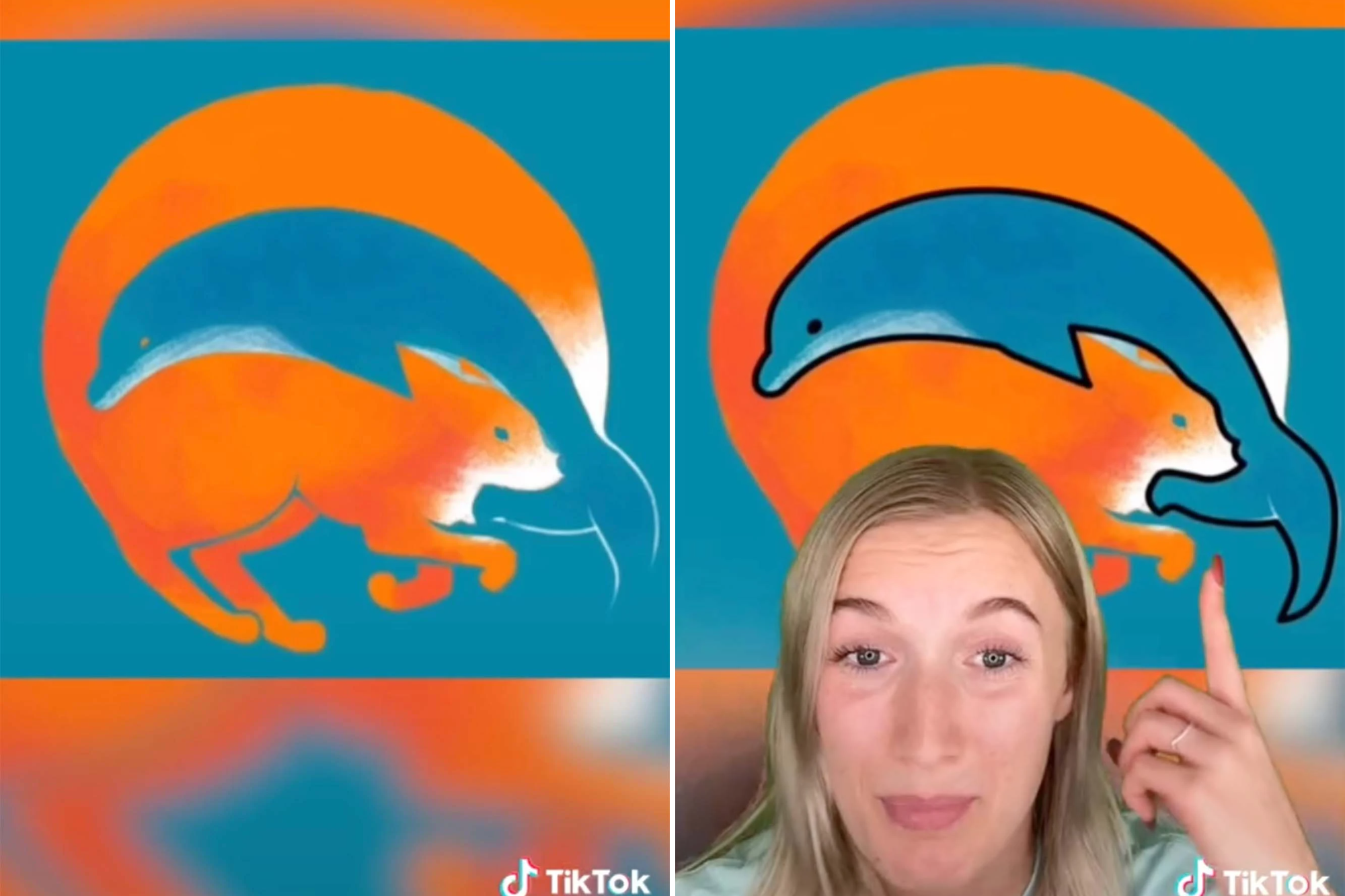 Whether you’re the life of the party or the sharpest mind around, internet users say this illusion can reveal your personality at a glance.

Shared on TikTok, the illusion became a talking point for thousands who argued over its accuracy and meaning.

Hannah Throck posts illusions and fun facts on her TikTok account, where she has over 831,000 followers.

In a recent video, she shared a colorful illusion that concealed two secret animal illustrations.

“Think about what you saw first,” Throck instructed.

“If you saw a fox first, it means you’re pretty popular,” she explained.

Seeing the fox means your loved ones have faith in you – in fact, “your friends and family trust you with their lives,” Throck said.

On the other hand, viewers who saw a dolphin first connect with their families in a different way.

“You try to avoid arguments and confrontation because you don’t want to deal with that,” she added.

But your wisdom is widely known, and “people always come to you for advice.”

Keep up with today’s most important news

Stay up on the very latest with Evening Update.

In the comments section, viewers shared their results, with some saying they were skeptical of the personality test.

“I saw a fox but I’m shy and introverted,” one viewer wrote.

“I don’t think my friend and family trust me,” another claimed.

The biggest sticking point seemed to be the claim that people who saw the fox first are popular, which many viewers pushed back on.

“I saw the fox but what you said was so wrong,” another dismissed.

This article originally appeared on The Sun and was reproduced here with permission.