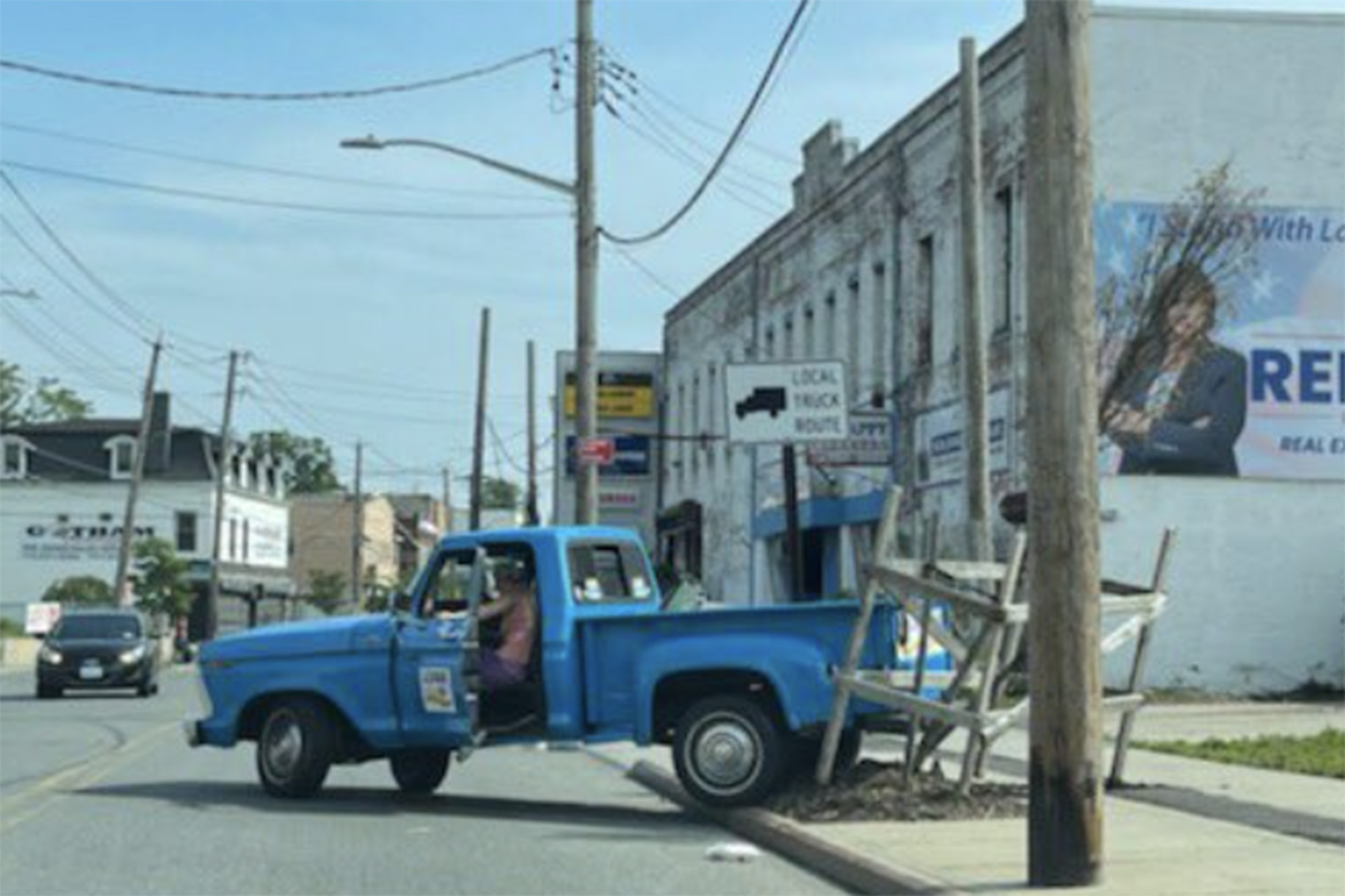 She’s wrapping up her primary campaign with a bang.

Staten Island Democrat Lorie Honor, a candidate for borough president, drew mockery Saturday after her vintage truck rear-ended a tree as she tacked up campaign signs along busy Bay Street.

“You can’t make this sh-t up,” state Sen. Diane Savino (D-SI/Brooklyn) posted on Twitter, above a sequence of photos sent to her by a tipster.

The pickup, a baby-blue 1977 Ford F-100, is Honor’s highly recognizable calling card. It’s the mascot of her family business, Honor Wines, and has been featured in several of her campaign photos.

“My source said she was putting signs up on public property,” Savino told The Post — on a fence surrounding a city-owned empty lot.

“You cannot do that, it’s illegal. But on Staten Island people do it all the time.”

Honor disputed the signage allegation, but confirmed the mishap.

“I left her running with the emergency brake on and she just had a moment,” Honor said, adding that the truck “has a mind of its own.”

The slender street tree, a recently planted sapling, is surrounded by a protective barrier that took the brunt of the collision.

“Being a tree hugger myself, I hugged the tree and made sure it was okay, then I got out my mallet and hammered the wooden barrier back together,” the progressive activist said.

Neither the tree nor the truck, she added, were damaged.

Savino’s Twitter feed has become something of a clearinghouse for the borough’s electoral oddities. On Friday, she shared a photo of a miniature horse sporting a campaign sign for Vito Fossella, the disgraced former congressman vying for the borough presidency on the Republican side.

“It’s hilarious our state senator has so much time on her hands to be able to post things like this,” Honor said.

Honor is one of five Democrats chasing the borough president’s office in Tuesday’s primary.