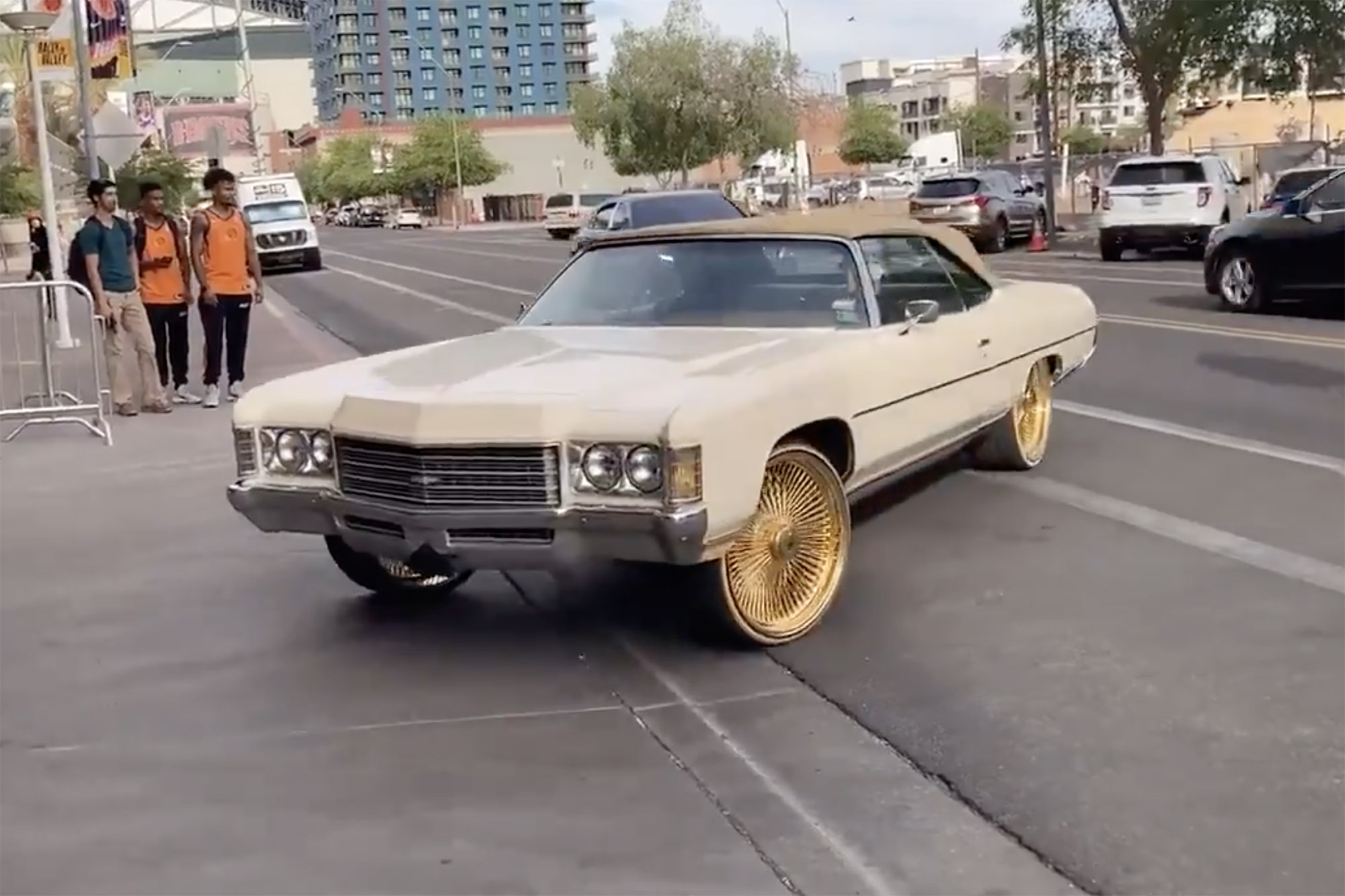 Devin Booker is riding in style.

The Suns guard pulled up to Game 1 of the Western Conference semifinals on Monday in a Chevrolet Caprice that featured gold wire-spoked wheels.

Booker was captured behind the wheel of the vintage vehicle as he made his way into a parking garage near Phoenix Suns Arena. The two-door, cream-colored car also includes a camel-colored drop top and silver mirrors.

His teammate Torrey Craig shared a video of the striking whip after the Suns won the first game of the best-of-seven series against the Nuggets, 122-105.

Before the Suns’ close-out Game 6 win over the Lakers in round one of the playoffs, Booker rolled up to Staples Center in a black designer car with matching rims that had nearby pedestrians cheering him on.

Booker has made his love for vintage cars known in various posts on Instagram.