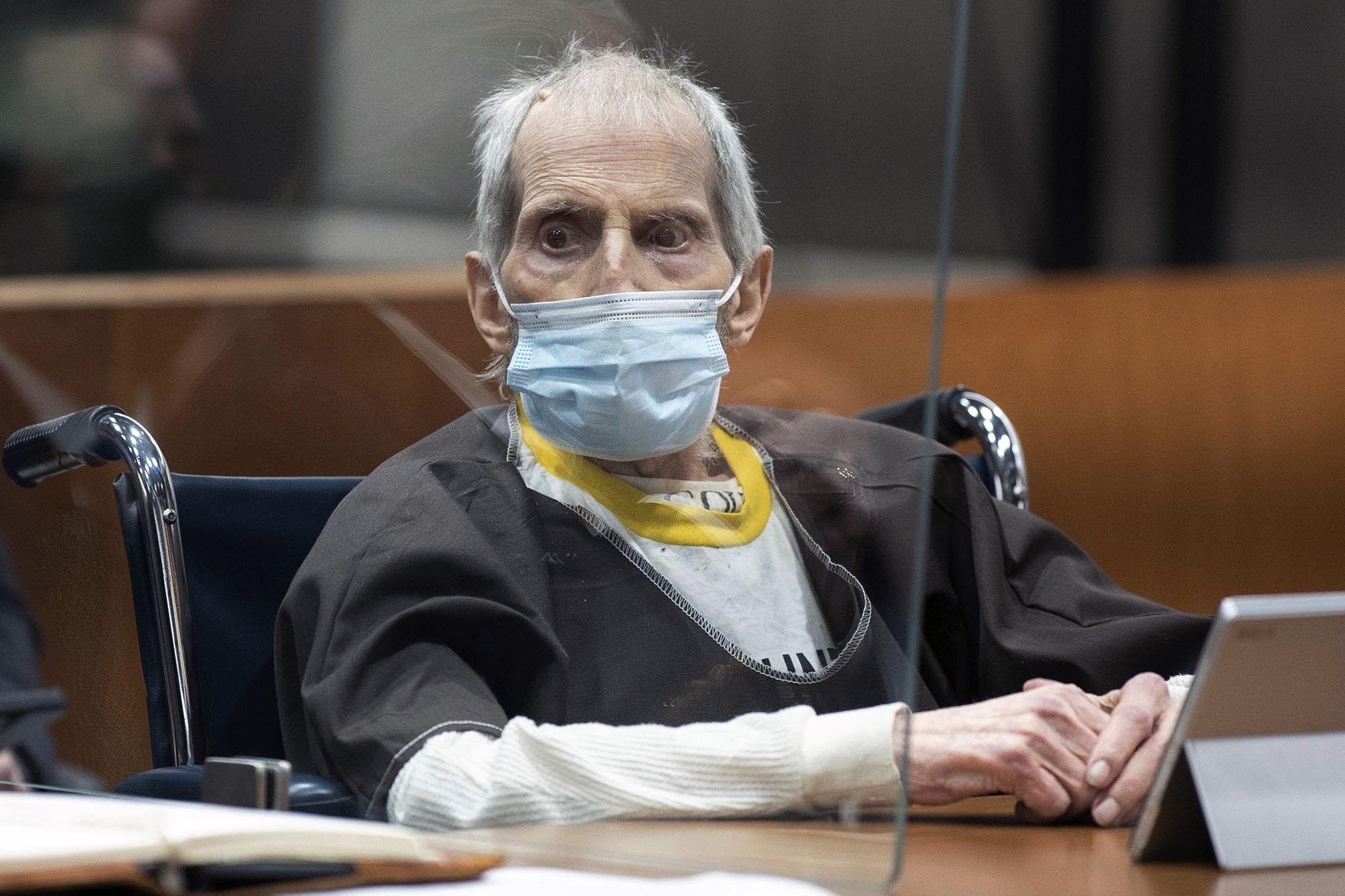 Robert Durst is still struggling and remains hospitalized after being diagnosed with COVID-19, the Post has confirmed.

Durst was sentenced on Oct. 14 to life in prison without the possibility of parole for the 2000 murder of his friend Susan Berman. A week later, the New York real estate scion is still being treated at USC Medical Center, according to Los Angeles County jail officials.

Durst’s attorney, David Chesnoff, said on Thursday that he could not comment on his client’s condition, citing it was a “private health issue.” Days after Durst’s sentencing, his other attorney, Dick DeGuerin, told reporters that the 78-year old was on a ventilator and confirmed Durst had contracted COVID-19.

Los Angeles Superior Court officials released a statement on Oct. 16 that someone present at Durst’s sentencing tested positive for the virus.

On Thursday, DeGuerin said in an email that he is “unable to relate any information” when asked if Durst was still on a ventilator.

Plans to transport Durst to a state prison have been placed on hold while he receives treatment.  While the exact location where Durst would be housed to serve his life sentence is still undetermined, the only facility that is currently accepting male prisoners is Wasco State Prison, said Dana Simas, spokeswoman for the California Department of Corrections and Rehabilitation.

“While (Durst) has been sentenced to state prison, he remains in the custody of the L.A. County jail until he is transported to CDCR,” Simas said. “CDCR’s Reception Center process is used to make housing determinations based on an offender’s classification score and in accordance with security, medical, psychiatric, and program needs. The appropriate institution for housing will be identified during the intake process, so at this time I am unable to provide at which prison Mr. Durst may be housed.”

She added, “In general, CDCR is currently accepting intake of incarcerated persons from county jails on a limited basis due to COVID-19 restrictions.”

US journalist freed from Myanmar jail with ex-diplomat’s aid