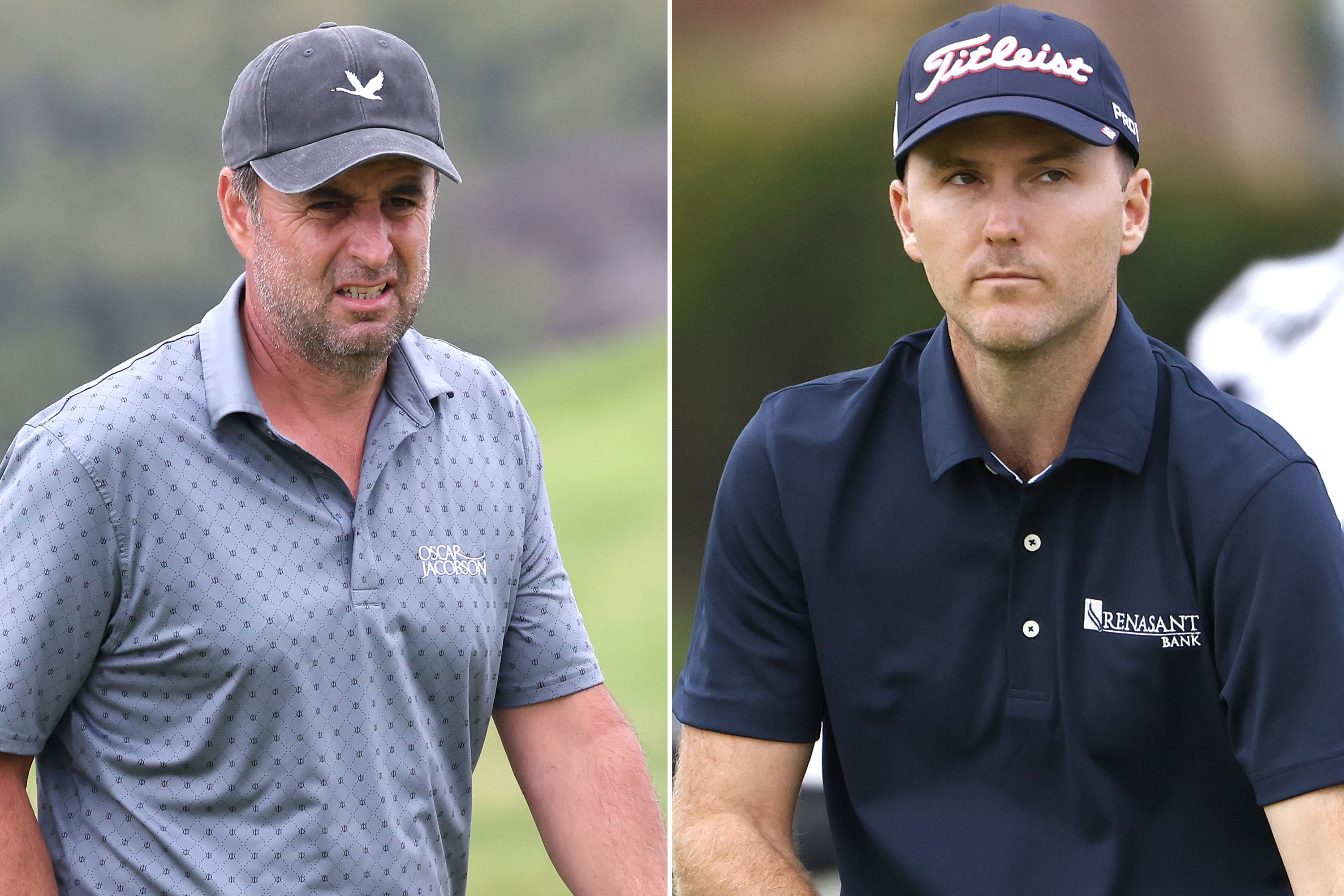 SAN DIEGO — The U.S. Open leaderboard is topped by an eclectic group entering the weekend at Torrey Pines.

Richard Bland, a 48-year-old journeyman from England, who got into the field by recently capturing his first European Tour win after 477 tries without one, seized a share of the 36-hole lead at 5-under with a morning second round of 4-under 67 Friday.

“I was coming off a couple of good results, a win and a third in Europe,’’ Bland said. “I was feeling pretty good about my game. I’ve been driving the ball well for five, six weeks now, which is the cornerstone if you’re going to put a fight up for a U.S. Open.

Russell Henley is tied with Bland for the lead at 5-under after shooting 70 Friday. Henley, who has three career PGA Tour wins (the most recent in 2017), has played in 25 career majors and never had a top-10 finish.

“I feel good about my game,’’ Henley said. “I’ve never been in this position before in a major. I just feel like I’m going to learn something no matter what happens. Intimidating? I don’t know. I’ve never played this well in a U.S. Open.’’

Asked what he knows about Bland, with whom he’ll be paired in the final group Saturday, Henley said, “I know he won earlier this year. It might have been his first win on the European Tour. Other than that, I don’t. I’m sure he knows nothing about me too.’’

South Africa’s Louis Oosthuizen, who has the dubious distinction of having a career Grand Slam of runner-up finishes in all four majors, and Matthew Wolff, who returned this week after a two-month mental-break hiatus, are both tied for second at 4-under.

Wolff, who held the 54-hole lead at the 2020 U.S. Open at Winged Foot and finished second to Bryson DeChambeau, admitted he’s “very surprised’’ at how well he’s playing after taking so much time away from the game.

“I know that I’ve played good golf in the past, but the low time that I had was pretty tough,’’ he said. “My confidence was shot. I’d say I came here with very, very … I’d say no expectations. I’d say my expectations coming here were to enjoy it and be happy, and I didn’t even know if I was going to be able to do that. Thankfully, I am, as well as playing well.’’

So, to say Watson being near the top of the leaderboard is an unlikely occurrence is a significant understatement. And that’s not lost on him.

On the other end of that spectrum is Jon Rahm, who’s also 3-under after shooting 70 Friday. Rahm was the favorite to win this week, coming off hot form and the fact his first career PGA Tour win came at Torrey Pines in 2017.

Rahm, of course, is coming off that nightmare at Memorial a few weeks ago, when he was forced to withdraw from the tournament despite leading by six shots entering the final round, after he tested positive for COVID-19.

Watson said he believes he is poised for a potential big weekend.