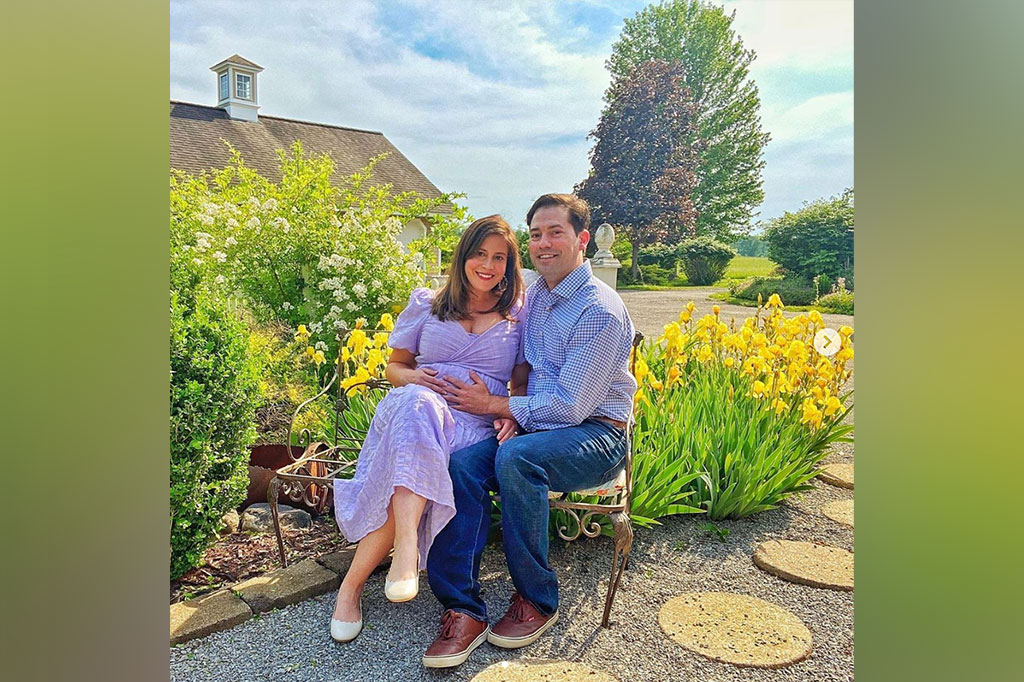 Rep. Elise Stefanik announced on Saturday that she is pregnant with her first child.

“We are absolutely overjoyed to announce that our small family of two will soon be three,” Stefanik (R-Glens Falls) wrote in a post on Instagram.

“We’re so excited to share that we are expecting a baby this fall and we cannot wait to meet our precious bundle of joy.”

The announcement was accompanied by photos of the 36-year-old congresswoman sitting outside next to her husband, Matt Manda, as they both cradled her baby bump.

“Congratulations! So excited for you both!! Being a mom is the best job in the world!,” former White House press secretary Sarah Huckabee Sanders commented on the post.

The parents-to-be didn’t say when to expect their bundle of joy, but thanked their followers for the kinds words.

“Thank you for the warm wishes and prayers from so many. We are truly blessed,” they wrote.

News of Stefanik’s pregnancy came after she was chosen as GOP conference chair last month, replacing embattled Rep. Liz Cheney (R-Wyo.), who was forced out over her continued rebuke of former President Donald Trump and his unsubstantiated claims that he won the 2020 election.

The 134-46 tally for Stefanik was nearly guaranteed before the vote took place, given that she went into the meeting with Trump’s endorsement and without a serious challenger.

The Upstate powerhouse has previously sparred with the Albany Times Union over a blog post that had mocked her for being “childless.”

“As a young couple, we have developed a thick skin over many years as we have become accustomed to repeated sexist smears in media coverage,” Stefanik and her husband said in a statement after the post was published in January, as they demanded a retraction.

“Like millions of families, we hope and pray that we will be blessed by becoming parents,” the couple had said at the time.