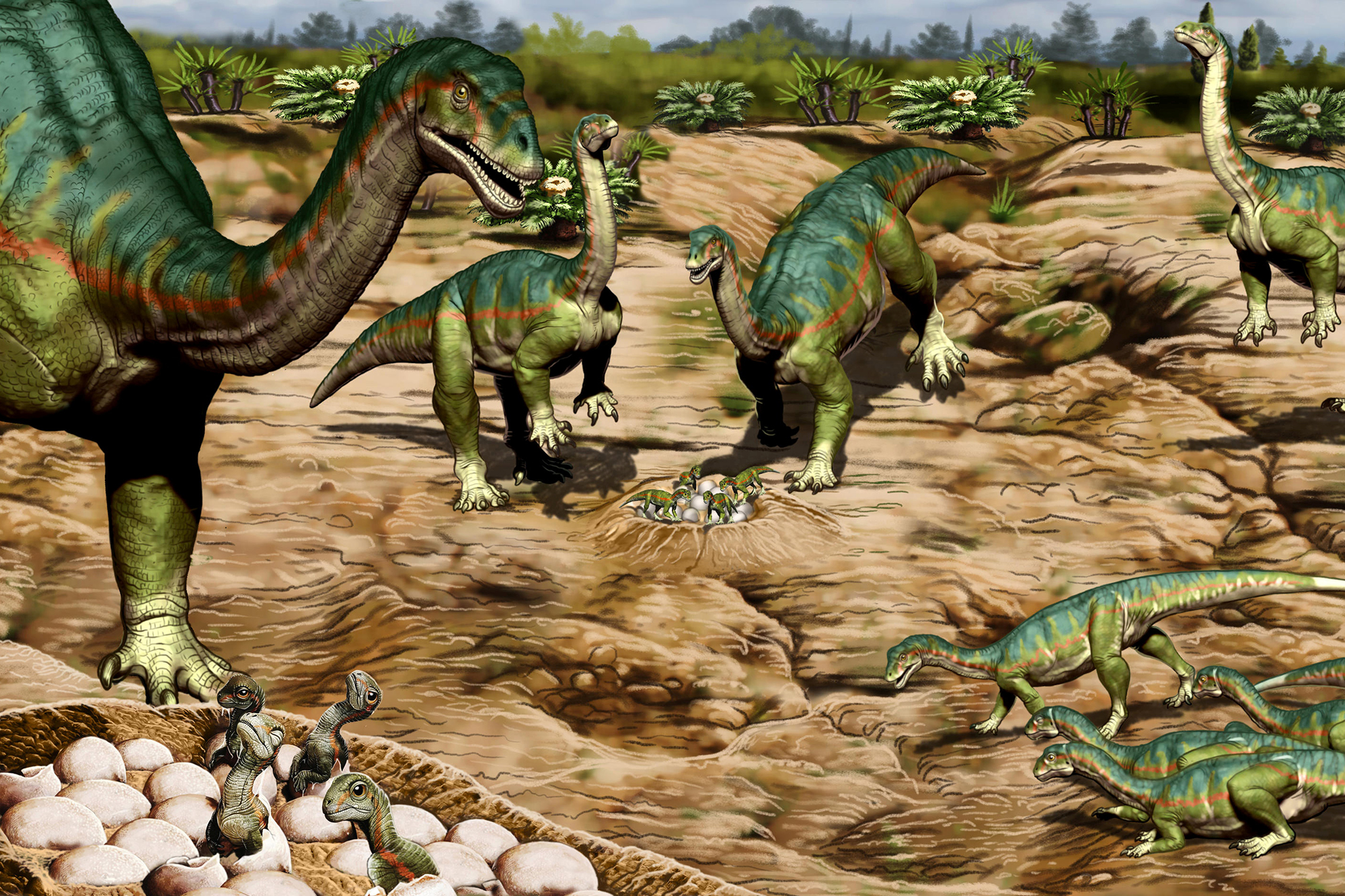 Dinosaurs loved to gather for a gossip 200 million years ago, researchers have found.

The giant beasts hung out in groups and probably had a way of chatting, they believe.

The rethink follows the discovery of a nesting site belonging to mussaurus, a giraffe-sized early ancestor of long-necked dinos such as brachiosaurus.

It shows that even the earliest dinos were far from the lumbering, solitary beasts they are often perceived to be.

Palaeontologist Diego Pol, 47, told The Sun: “Our discovery demonstrates that dinosaurs had very sophisticated social behavior and a way of communicating complex ideas right from the start.

“This was one of the keys to their success as they went on to dominate the Earth for many millions of years.”

“These early dinosaurs are usually depicted as unintelligent, lonely creatures wallowing in swamps. We are now certain this is untrue.”

“In fact, they were sociable herd animals with highly developed social structures.”

The site in Argentina contained the remains of 80 infants, juveniles, adolescents and adults of various ages — grouped according to their age.

Diego said: “So the youngsters were all hanging out together, as were the adults and the older dinosaurs. It shows us the structure of their society, and it is reminiscent of our own.”

“They formed herds for protection and moved around like modern-day elephants in search of food and water.”

His study, published in journal Scientific Reports, also suggests the herd died of thirst during a drought.