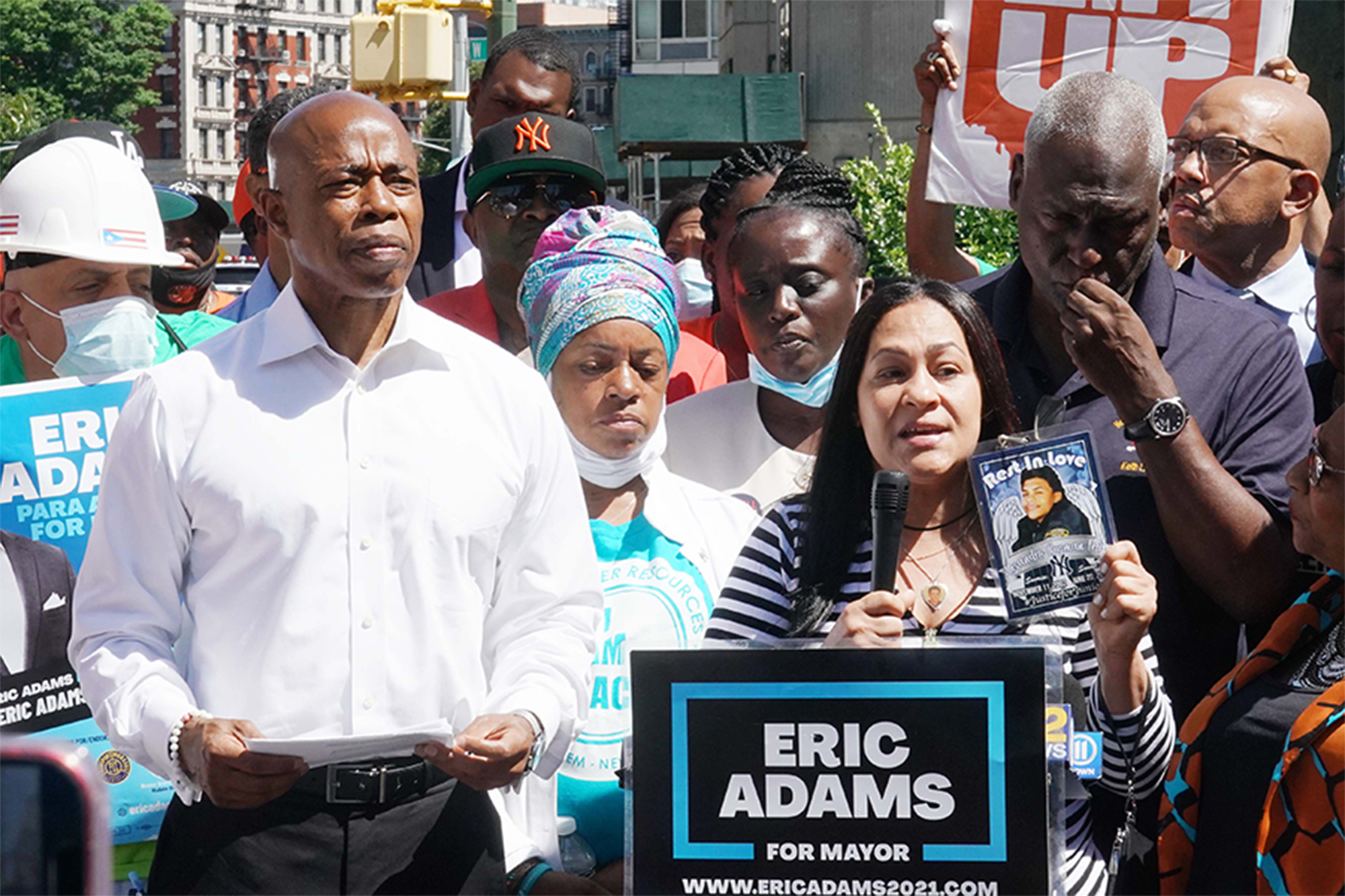 Eric Adams, the frontrunner in the upcoming Democratic mayoral primary, picked up an endorsement from the mother of the Bronx teen whose bodega beating death shocked the city.

“Junior” was savagely stabbed by a group of Trinitarios gang members in a case of mistaken identity in 2018.

The heinous Belmont murder of the 15-year-old aspiring police officer was caught on security footage and made national headlines.

“That was horrible.  Everybody remember what they did to Junior, an innocent kid, only 15 years old,” Feliz said.

The Democrat who wins the crowded contest is expected to take City Hall this November in the heavily blue city.