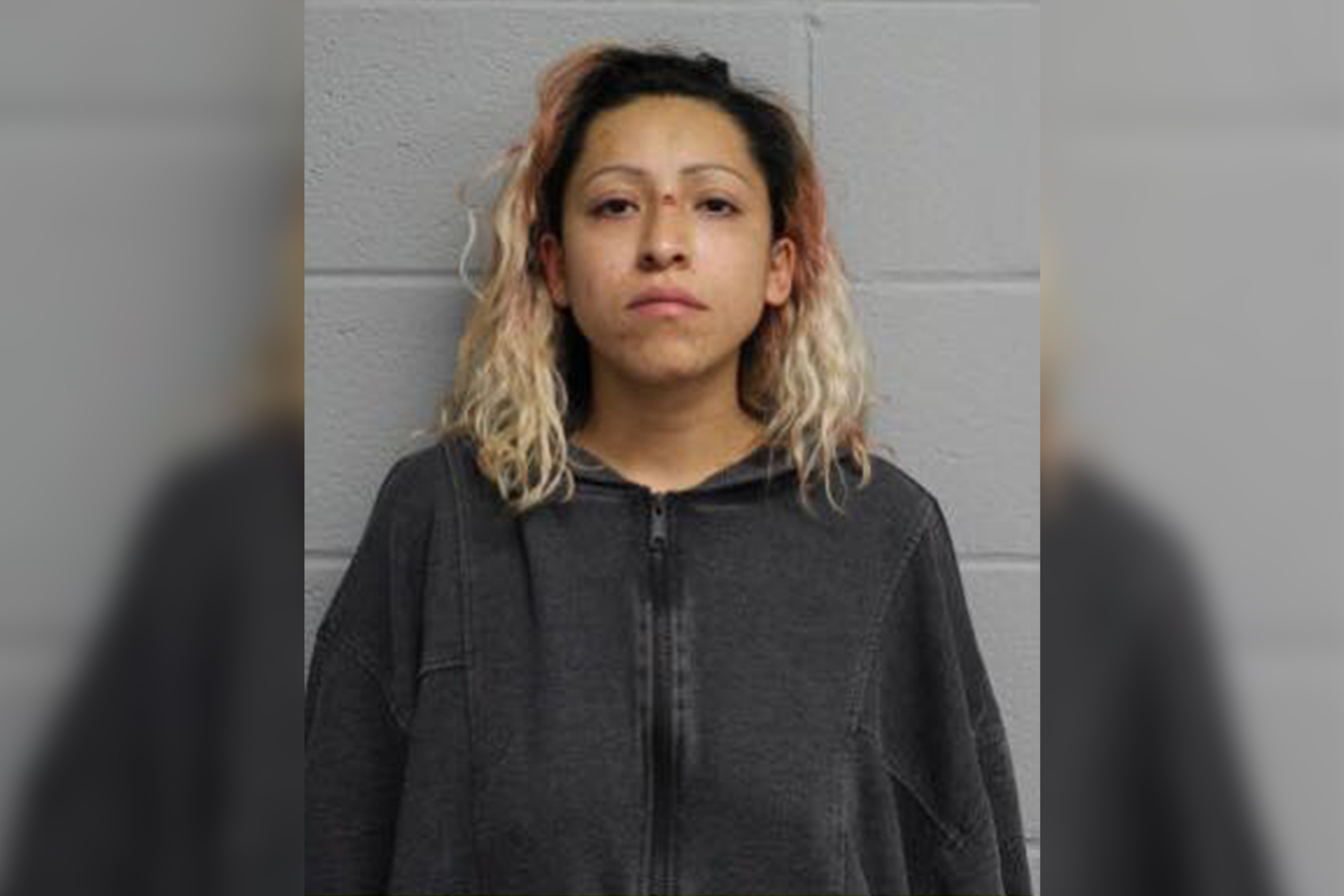 An Illinois mother of three shot a man dead after he — and his girlfriend — refused to kiss her, authorities said.

Claudia Resendiz-Florez, 28, had just moved in with James P. Jones, 29, and his girlfriend at the Preserve Woodfield apartment complex in Rolling Meadows when a love triangle fatally exploded, the Chicago Sun-Times reported

The three had been drinking together on Thursday night when Resendiz-Florez asked Jones for a kiss, which he refused — instead kissing his girlfriend.

Resendiz-Florez then also asked Jones’ girlfriend for a kiss, who also declined, prosecutors said at a bond hearing on Saturday.

Resendiz-Flores demanded that he kiss her again, which he again refused, infuriating her, prosecutors said, according to the Sun-Times.

She then grabbed Jones’ gun, tucked beneath a couch cushion in the home, and pointed it at Jones. Prosecutors said that Jones tried to lower the gun when he saw that she had pulled off the safety, but she was able to raise her arms and shoot him once in the chest, the paper reported.

Jones’ girlfriend called 911 who arrived on the scene where they found the handgun.

Resendiz-Florez was identified as the shooter and taken into police custody and reportedly confessed to the shooting. She has been charged with murder, according to Rolling Meadows Police Department.

An attorney for Resendiz-Florez, Assistant Public Defender Courtney Smallwood, argued that her client was not living with the couple at the time but with her family in Des Plaines, the Sun-Times reported.

Judge John F. Lyke Jr. ordered Resendiz-Flores held without bail. She is expected to appear in court again on Tuesday.