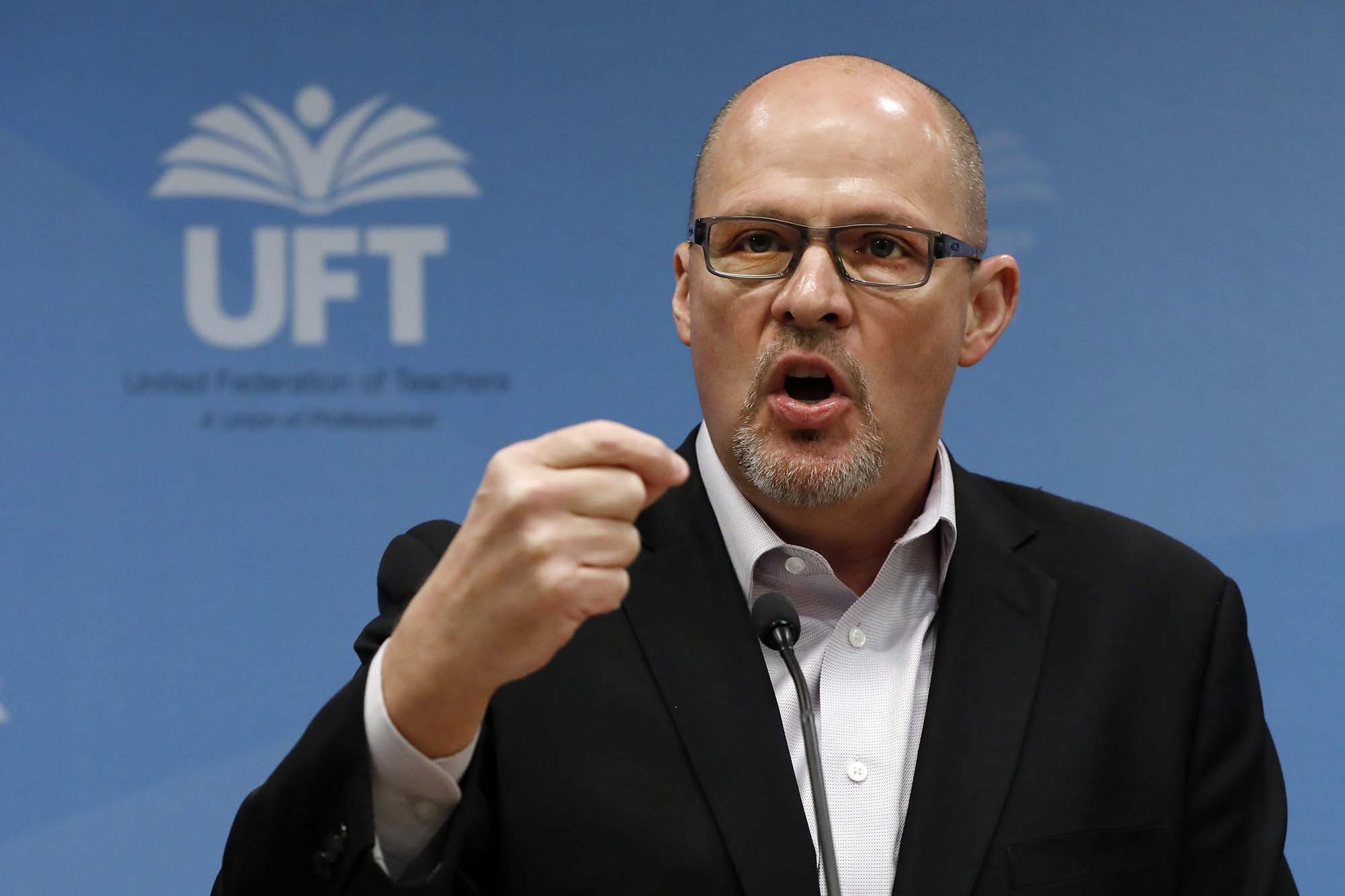 Classroom truth
Excellent editorial, “Mulgrew’s New Lies,” which was spot on (May 20).

As a substitute teacher at a New Jersey high school, I recently supervised classes approximately two-thirds full while the remaining third was taught virtually via Zoom.

This procedure gives the options for parents to decide, rather than having the government take total control. United Federation of Teachers head Mike Mulgrew’s allegation regarding air-circulation quality is untrue, as windows were open in addition to functioning standard ventilation ducts.

The school was adamant about wearing masks, making sure noses were covered, which I, also, noticed in hallways and everywhere else.

When I asked students about returning to class, I did not hear one regret. Open the schools and at least give parents the option.

Subway slash fix
The rash of stabbings, slashings and shoving of individuals onto the tracks in the subway could be stopped almost completely if the police began arresting farebeaters (“Subway Is Under Assault,” May 27).

I would guess that nearly 100 percent of the culprits in these incidents didn’t use a MetroCard to get into the system.

Straphangers who are paying their way and becoming increasingly concerned for their safety, as well as those who have stopped riding the subway out of fear that they will be attacked, should start telling their public officials that they are neglecting their duties and putting their constituents in needless danger by not allowing the police to enforce complete compliance with the rule that you have to pay your way to ride the subway.

If they do, they may help end this scourge of violence that affects New Yorkers from every borough and neighborhood.

Apology flop
I am not surprised by the shallow, phony, pathetic excuse of an apology sent by this biased, bigoted principal (“Principal’s apology for e-mail blast,” May 25).

In what she purports to be an apology, Brooklyn principal Amanda Bueno calls herself a person who is fighting for social justice and for the oppressed.

Any teacher or subordinate, Jewish or otherwise, who is known to disagree with her stand can never feel comfortable professionally while working under her.

If she had called out Black Lives Matter or other such organizations, she would have been suspended and at the very least demoted and/or transferred.

Indeed, many pedagogues in this country have suffered such a fate, even when they didn’t use their office as a soap box. I call for her immediate suspension, pending a possible hearing for her removal or demotion.

Albany’s downfall
My high-school (and for a brief time college) classmate Bob McManus is correct that Albany has only its past and no future (“Bloody Capital,” PostOpinion, May 25).

When Mayor Kathy Sheehan, who had stated that she would only serve two terms, didn’t get the call from the Biden White House, she decided to campaign for a third term. She is the epitome of “woke.”

While the high level of shootings goes on for the second straight year, she is more concerned with putting more bicycle lanes on city streets and for turning an arterial highway exit into a “skyway park.” I’m glad I haven’t lived in the city since 1965 or worked there since 1997.