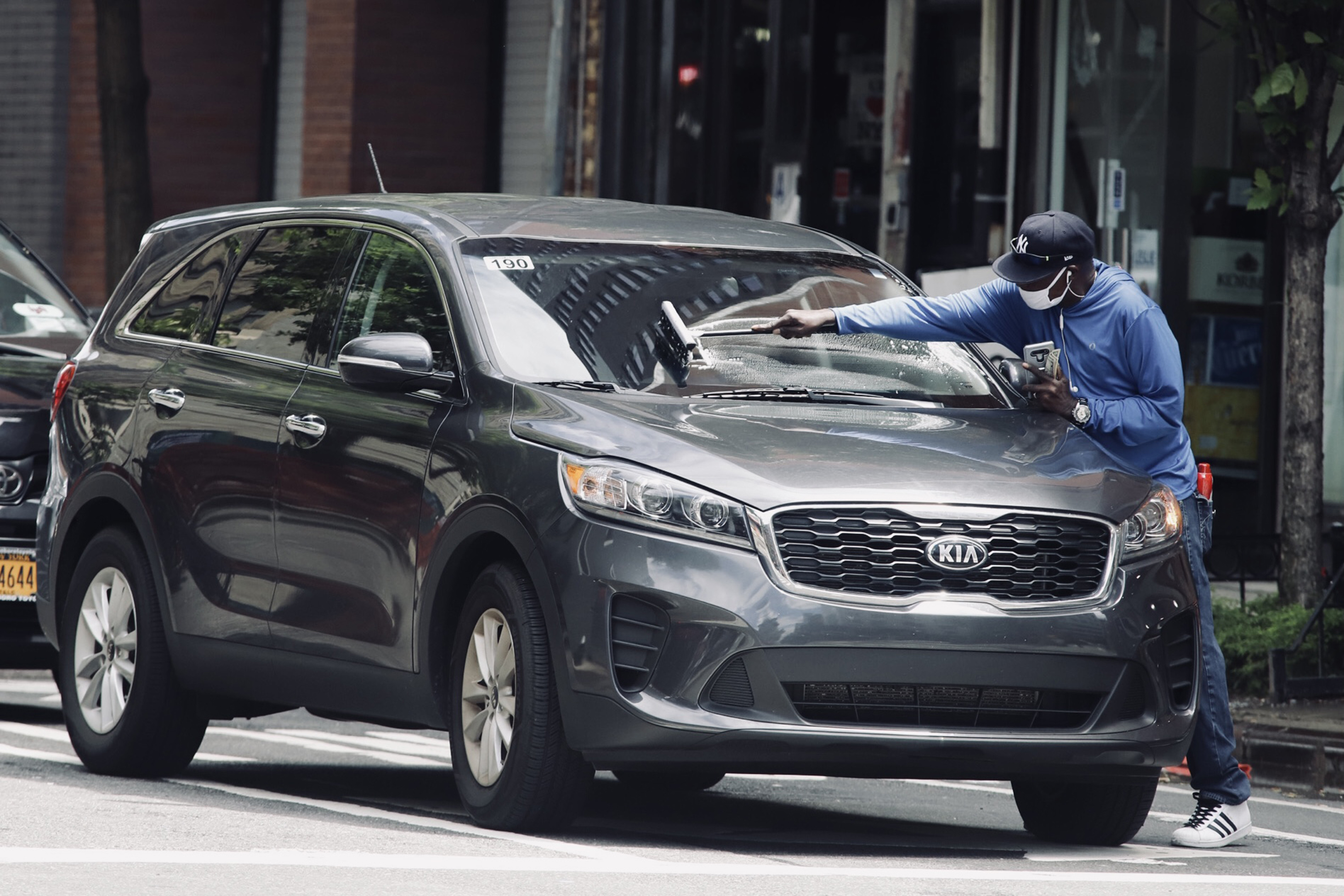 Letting the dangerously mentally ill wander New York’s streets even after they’ve attacked multiple innocents may be Mayor Bill de Blasio’s most egregious failing, but it’s far from the only way disorder is exploding on his watch.

Two obvious bits of chaos are the return of the squeegee men and the cesspool-ization of Washington Square Park.

As Sunday’s Post reported, the park’s northwest corner has become a crack- and heroin-filled drug den, while the central fountain now hosts raucous, booze-fueled raves, keeping area residents up ’til the wee hours of the morning.

Not to mention the prostitution.

A Post tour of the park last week found the flowerbeds littered with syringes and empty drug capsules. Another resident reported seeing a female giving oral sex to a drug dealer, with other men “lined up for their turn” with their pants open — on an 8 a.m. stroll to the park’s dog run.

“We may be liberal but this has gone too far,” lamented Steven Hill, a Village resident since 1980. “There have always been drugs in the park, mostly pot, but what’s emerged this spring is like nothing we’ve ever seen before.”

In response to more than a month of complaints, the city on Tuesday erected barriers to illegal and legal uses: A new curfew closes it down at 10 p.m. instead of its usual midnight on Fridays, Saturdays and Sundays. That’s penalizing everyone because you won’t face down the sources of blight.

Then there’s the return of the squeegee men — a blatant sign the city’s reverting to the “bad old days.”

As we’ve written before, nothing better symbolizes “the loss of civility and law and order than guys with dirty rags swabbing windshields without permission — and demanding money for it.” We’ve been seeing them for some time now, and our reporters found them out in force on Monday, a highly organized crew aggressively wiping down windows near Times Square.

The Post’s coverage led to cops cracking down Tuesday — briefly. Five squeegee men worked Ninth Avenue between 39th and 40th streets starting at 8:30 a.m. After two hours, officers from the NYPD Business District Recovery Initiative showed to issue a warning and confiscate their bucket, but the crew was back to harassing motorists.

“Mind your own f—ing business,” the commander of the squeegee squad snapped at a Post reporter.

Petty criminals, druggies and dangerous mental cases: That, along with the gangs behind the soaring number of shootings, is who gets to own what should be the public’s turf in #DeBlasio’sNewYork.