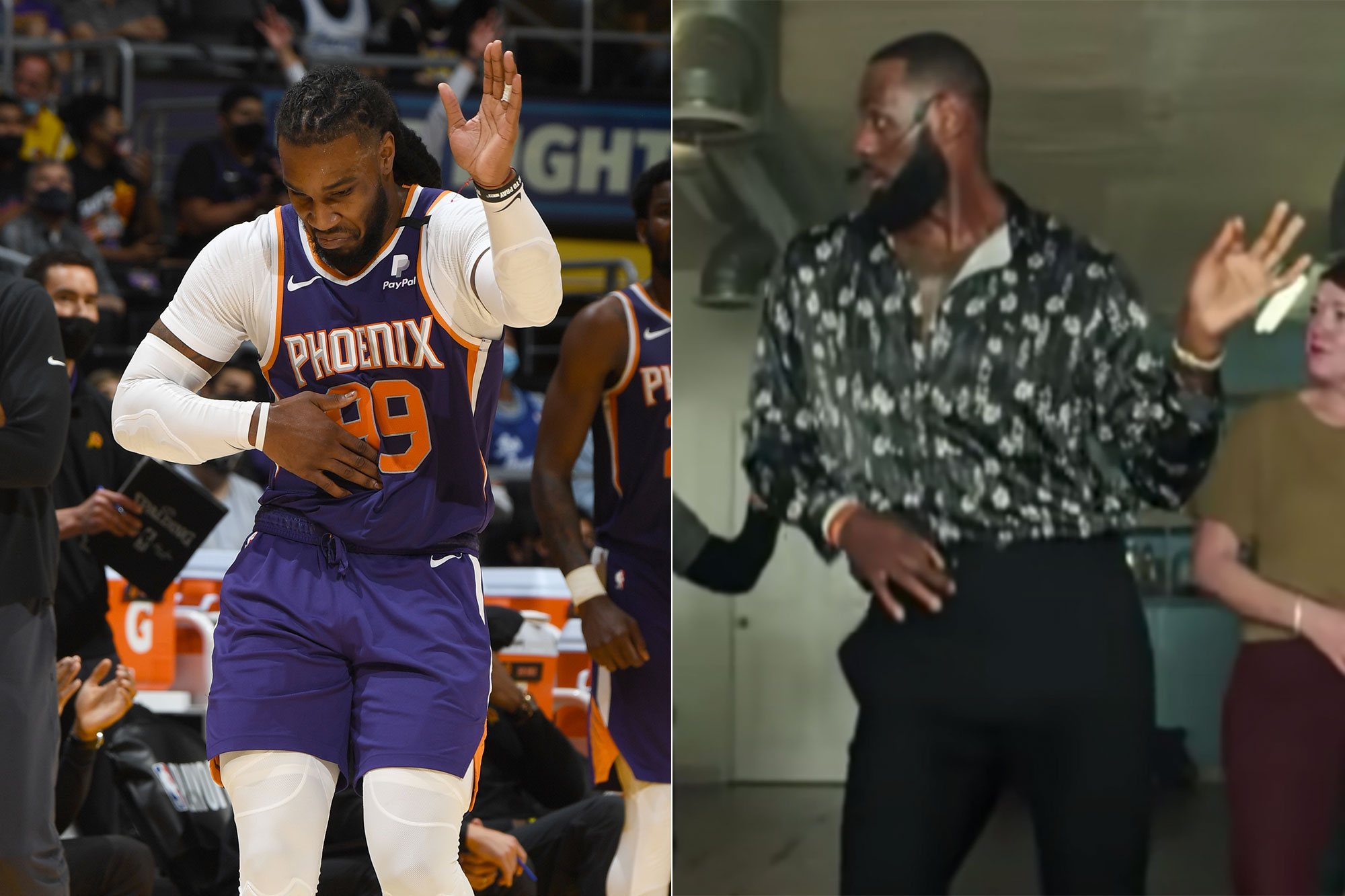 Jae Crowder’s got jokes for The King.

The Suns forward, after a series-long on-court battle with Lakers star LeBron James, went into savage mode on social media after Phoenix eliminated Los Angeles in a 113-100 Game 6 loss on Thursday.

Crowder celebrated the reigning champs’ elimination by mocking the James’ Mountain Dew commercial with a late-game salsa dance that got him ejected from the victory.

He wasn’t done, though, posting a series of pictures to Instagram, leading with a still of his dance moves.

Another photo in Crowder’s post shows him pouting at James as he questioned a foul call with the referees during the first-round series.

Crowder and James, despite being teammates in Cleveland, have faced off in a few physical playoff series’ through the years — most of which ended in Crowder being eliminated by James.

But now Crowder’s basking in the bliss of helping the second-seeded Suns send James home.

The Lakers’ first-round elimination marks the first time in 14 years that James has been sent home in the first round of the playoffs.