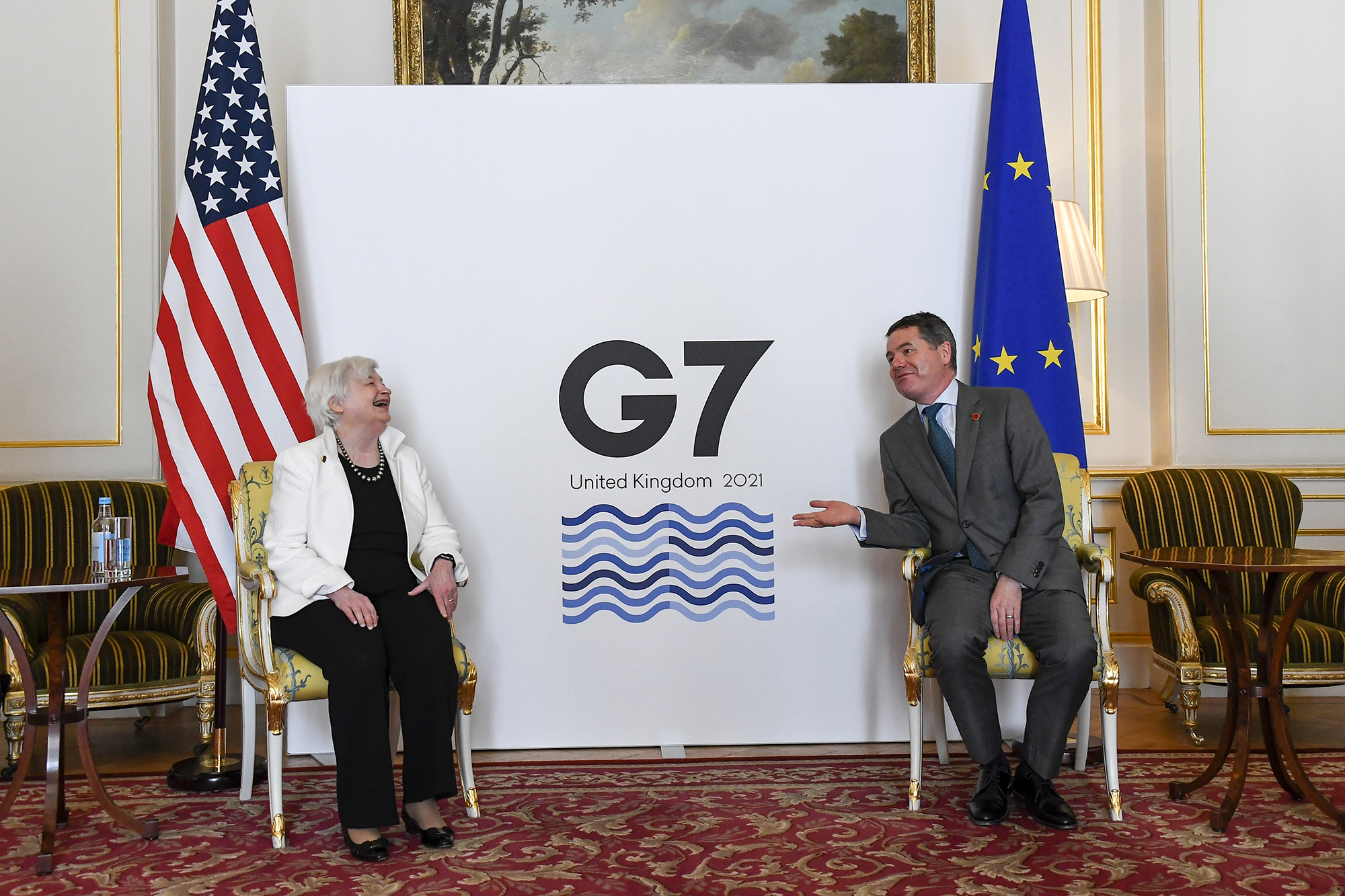 Finance leaders from the world’s richest countries agreed on a plan that would require giant tech companies to pay at least 15% of their global profit in taxes, the UK treasury tweeted Saturday.

Meeting face-to-face in London ahead of next week’s Group of Seven summit, the finance ministers, including US Treasury Secretary Janet Yellen, struck a deal that would close cross-border tax loopholes and require global tech firms to pay a larger share of taxes, according to HM Treasury, the official account for the UK Government’s economic and finance ministry.

The deal would also put in place measures to make sure companies pay taxes where they operate, Reuters reported.

The deal aims to stop companies from moving country to country seeking the lowest tax rates.

Saturday’s deal is not binding and other groups, including the G-20 and Organization for Economic Cooperation and Development, along with governing bodies like the US Congress, would need to sign off on the deal before Amazon, Facebook, Google and other tech giants start shelling out cash. But it is the first step toward hiking taxes for the tech companies, most of which have been accused of raking in profit without paying enough in taxes in multiple countries.

The leaders of the G-7, including President Biden, will be in Carbis Bay, Cornwall, at England’s southwestern tip, for the summit starting Friday.

The deal will also be discussed at a meeting of the G-20 finance ministers and central bank leaders in July, HM Treasury tweeted.