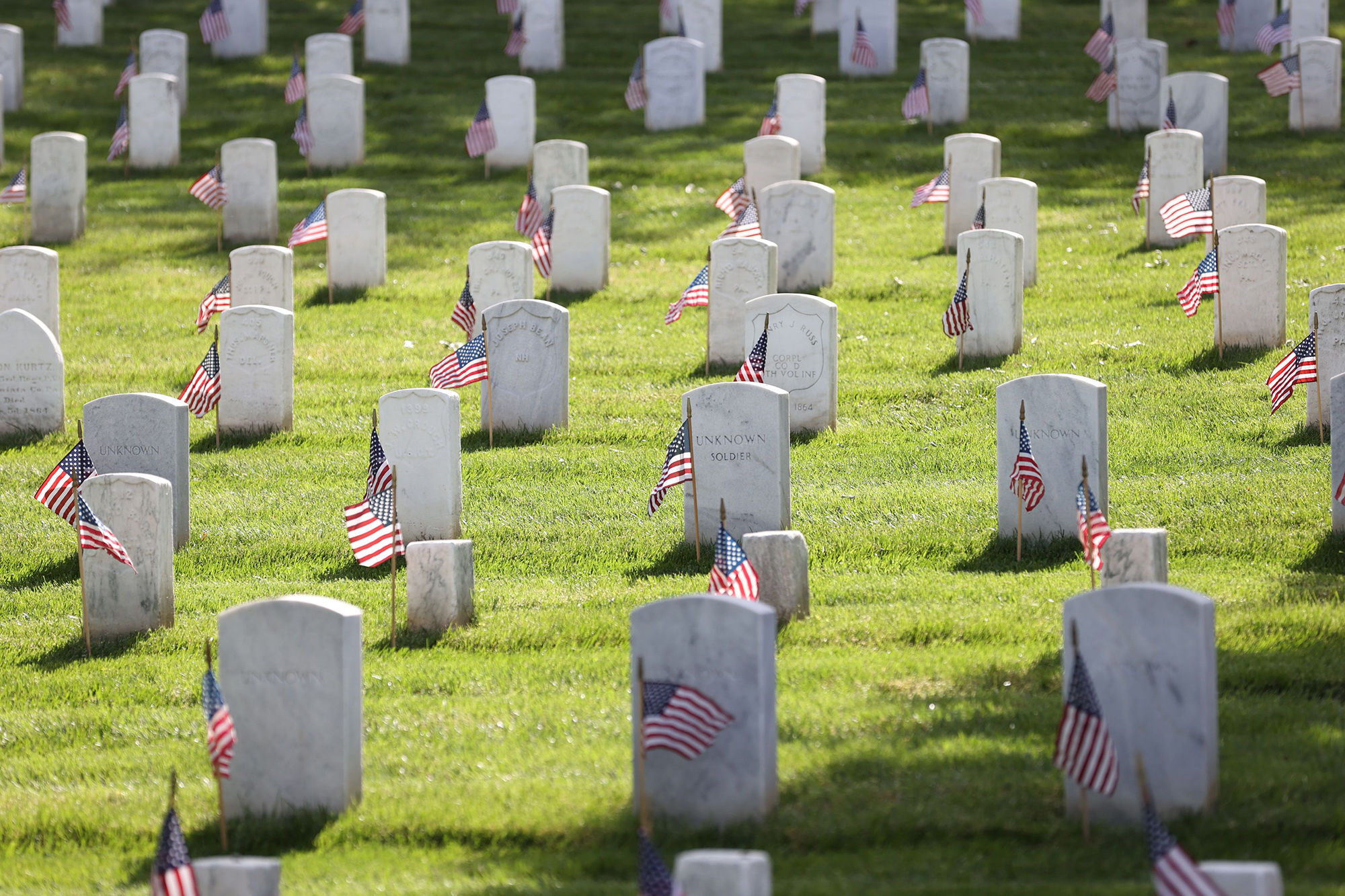 Forty-eight on-duty police officers were shot to death in the United States last year — nearly five times the number of American servicemen who died in Afghanistan in 2020. We’ll remember the military’s fallen today, as we must — but what about those cops?

A radical notion, given the state of the national political debate right now? It shouldn’t be.

America has never been bashful about honoring those who die in its service. What is arguably the most eloquent encomium to war dead in the English language — Abraham Lincoln’s 270-word address at the Gettysburg battlefield in November 1863 — set an enduring standard.

“We have come to dedicate a portion of that field, as a final resting place for those who here gave their lives that that nation might live,” said the great man. “It is altogether fitting and proper that we should do this.”

Today, 158 years later, flags will snap over decorated war graves here at home, of course, but also in military cemeteries around the world — wherever Americans have fallen in the furtherance of national interests, to be sure, but also on behalf of universal peace and freedom.

“If ever proof were needed that we fought for a cause and not for conquest,” said Gen. Mark W. Clark after World War II, “it could be found in [our foreign war] cemeteries. Here was our only conquest: All we asked was enough soil in which to bury our gallant dead.”

America doesn’t go to war on principle alone, and it would be absurd to suggest that young Americans who have volunteered for military service risk life and limb every day for abstractions.

They’re all professionals now — toned and trained, competent and conscientious, dedicated and honorable. There are exceptions, of course, sometimes shameful exceptions — and the best that can be said about that is, well, every institution has outliers.

But when things go kinetic — which can happen with terrible speed and ferocity — they rarely are found wanting. As last-resort custodians of peace and freedom, of security and prosperity, they have few peers. Their honor and integrity are constant in a shape-shifting world, and sacrifice — even, God forbid, the ultimate sacrifice — is woven into the fabric of their service.

Police officers are very much like that. Not exactly, of course, because the fundamental roles are so different. But the two callings have this in common: When it comes time for someone to stand between the community and humanity’s subterranean instincts, only fools summon social workers.

And then there is this: Just as soldiers and sailors don’t make the policies that send them into harm’s way, cops don’t write the laws that they must enforce.

Politicians do, generally of necessity, sometimes unwisely but rarely with doubts. This is especially true of the penal code, which cops must carry into the street, where it is not always welcome.

Wise cops apply it with sensitivity and discretion — and while not all cops are wise, all street cops get pushback.

Police work can be violent, often brutal. And while it really shouldn’t be necessary to note this, that’s because America’s streets too often are violent and brutal themselves.

Failure to acknowledge this reality — indeed, removing cops and expecting violent crime to fall, all the rage these days — is lunacy. It breeds contempt for law — and, swiftly enough, more violence, more brutality and mindless, needless social disorder.

Nobody knows how many police officers have died in the line of duty in America over the decades. In New York City, 932 have since the NYPD was established in 1849 — the most of any police department in the nation.

It’s a record worthy of profound respect — never mind the politics of the moment.

So if you feel the need to take a knee today, maybe do it in the direction of a national cemetery — but maybe also hold America’s fallen cops in your heart as well.

It’s the least they deserve.