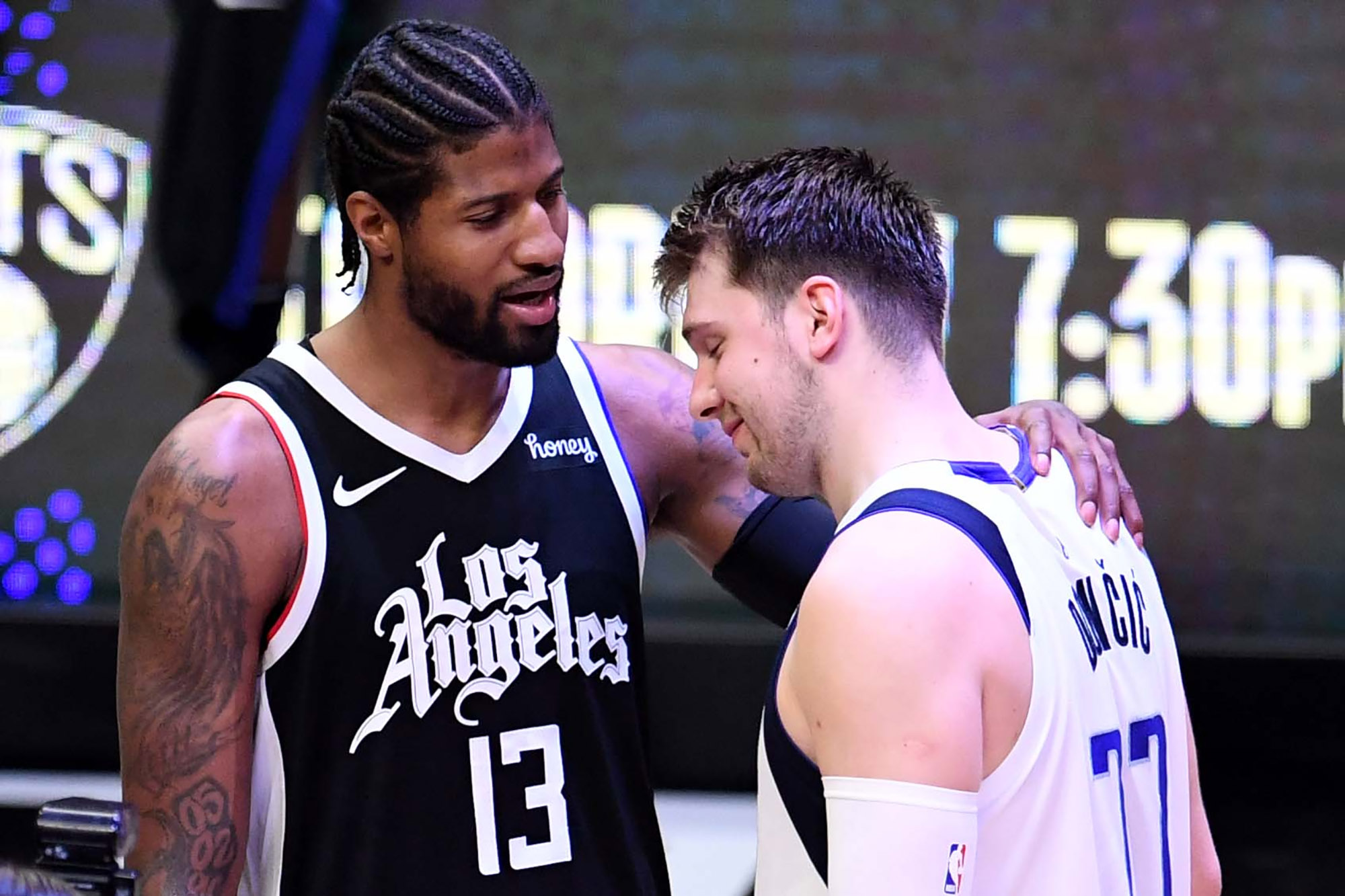 This looked a bit awkward.

After the Clippers won their first round playoff series against the Mavericks on Sunday, Dallas guard Luka Doncic appeared to snub Paul George, who seemingly initiated a jersey swap.

Cameras caught the two having a long discussion after the game, which included smiles and a chest slap from George to Doncic.

But before they parted ways, George removed his jersey and appeared to offer it to Doncic, who may have declined his No. 13 jersey since he didn’t walk away with it.

Unfortunately, the pair wasn’t mic’d up, so it’s unclear what was said. Though, it looked like George was passing down words of wisdom to Doncic.

Doncic was asked about presumed jersey rejection after the game, and said he sent a jersey over to George in the locker room.

The No. 4 seeded Clippers advanced to the second round after defeating Doncic’s Mavericks, a 126-111 victory in the series’ decisive Game 7. They’ll take on the No. 1 seeded Jazz in the conference semifinals, which begin Tuesday in Utah at 10 p.m. ET.

Go with the tough-luck team this time