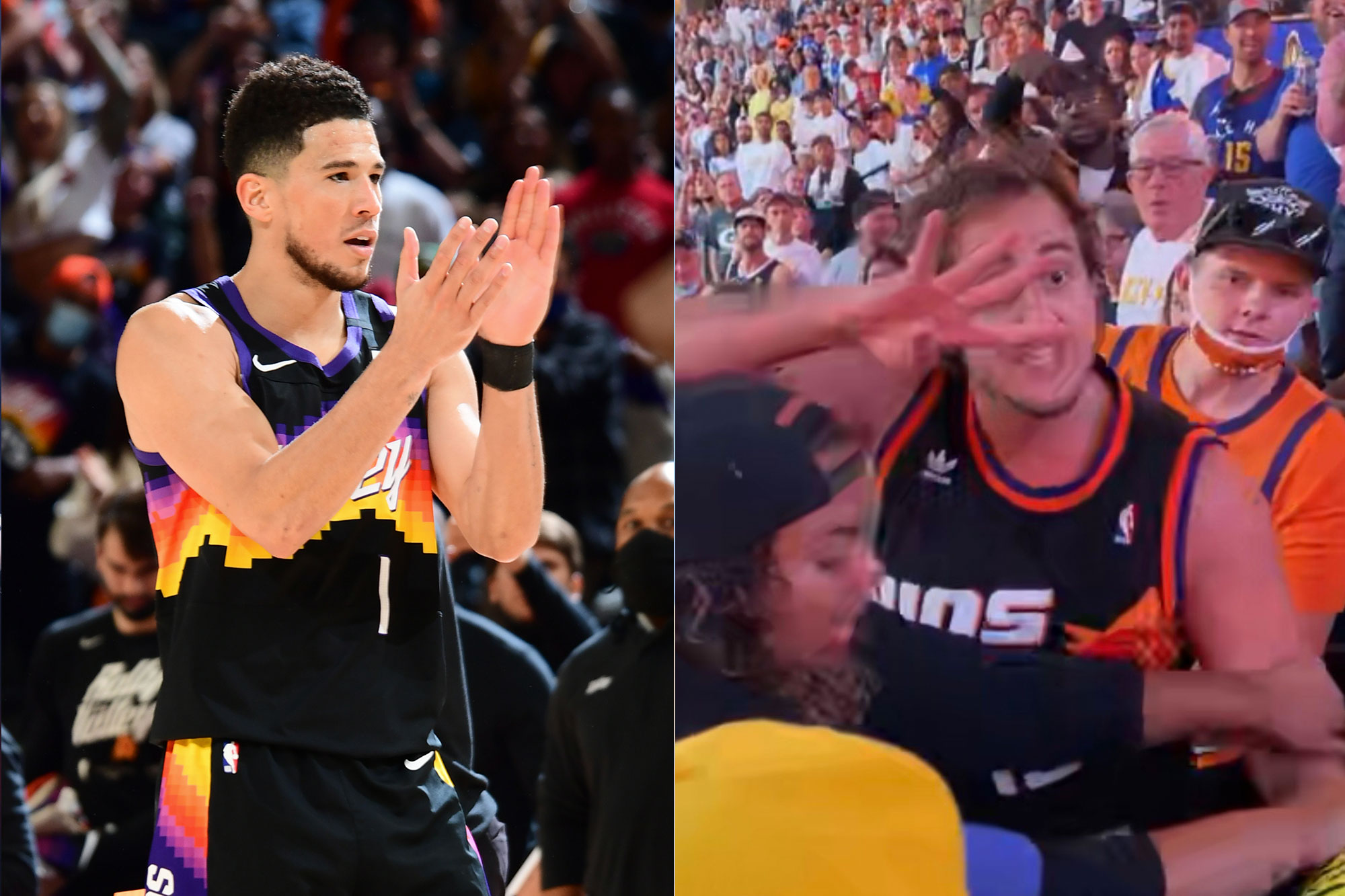 Devin Booker’s on the hunt for the viral “Suns in four” fan.

During Game 3 of the Suns-Nuggets second-round playoff series Friday in Denver, a Suns fan got into a physical altercation with two Nuggets fans.

After delivering a flurry of punches to one of the Denver fans, the Suns supporter yelled, “Suns in four!” while holding up four fingers.

The incident, which took place at Ball Arena, was caught on video and quickly went viral.

After the Suns swept the Nuggets in a 125-118 Game 4 win on Sunday to punch a ticket to the Western Conference Finals, the video got even more exposure when the Phoenix fan’s prediction came true.

Now, Booker wants to get in touch with the fan.

On Monday, the All-Star guard tweeted a photo of the Suns fan in the video. He was sporting a vintage Phoenix jersey while holding up four fingers in the snap.

It’s unclear what Booker intends to do if he happens to get in touch with the fan — though, it’s likely a VIP-level treat is in the fan’s future.

The Suns will have this week off before competing in the Western Conference finals.