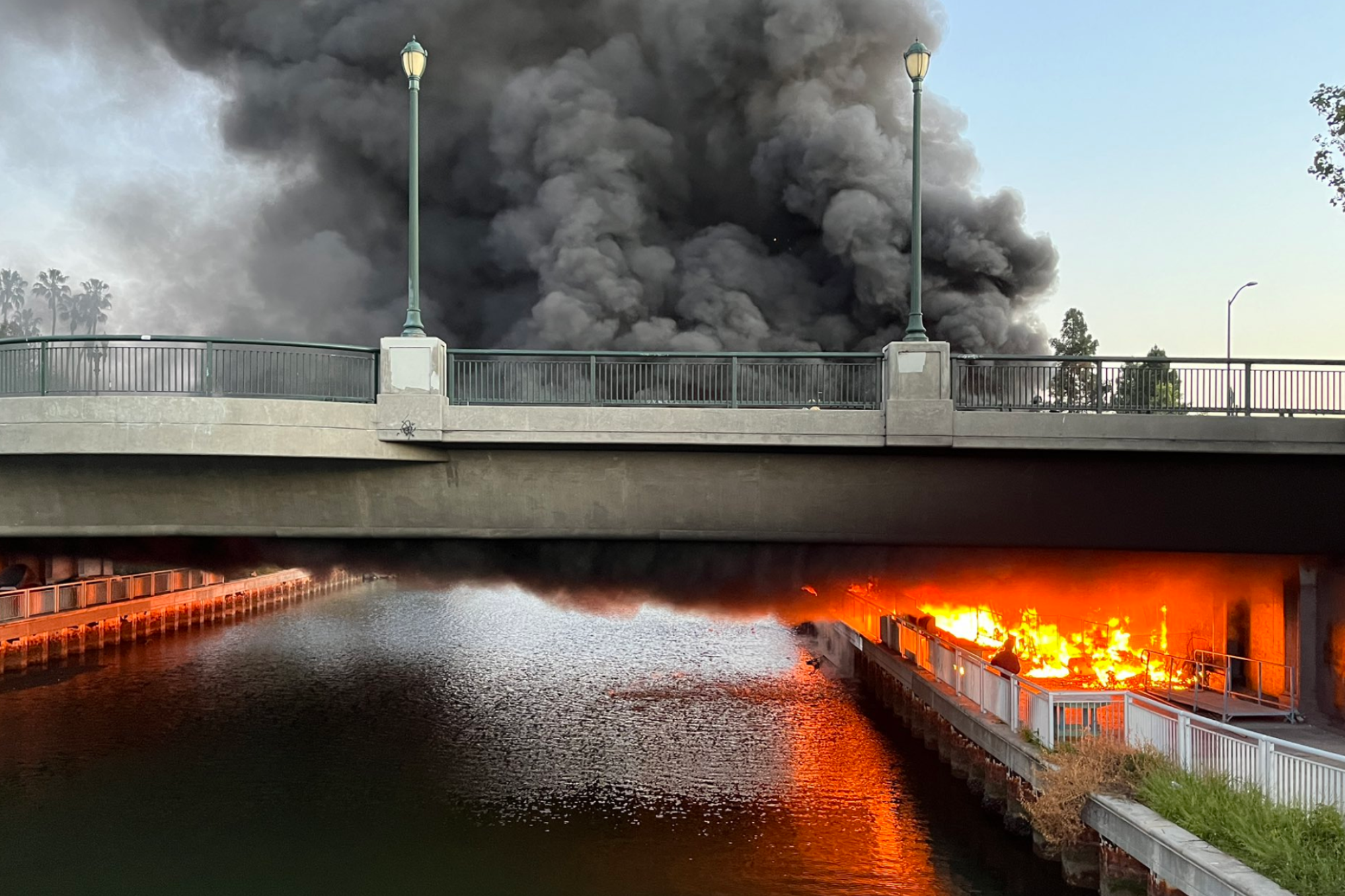 One person was found dead in an RV after a fire broken out at the Henry J Kaiser Convention Center in California.

The fire is believed to have started at or near a homeless encampment that is in the vicinity of the convention center.

Video on social media showed a thick cloud of gray smoke as firefighters battled the blaze.

The fire seems to be underneath a bridge near Lake Merritt in Oakland.

Five people were displaced by the fire, authorities said.

More video at the scene shows emergency crews at the bridge while explosions can be heard in the background.

This story originally appeared on The Sun and has been reproduced here with permission.