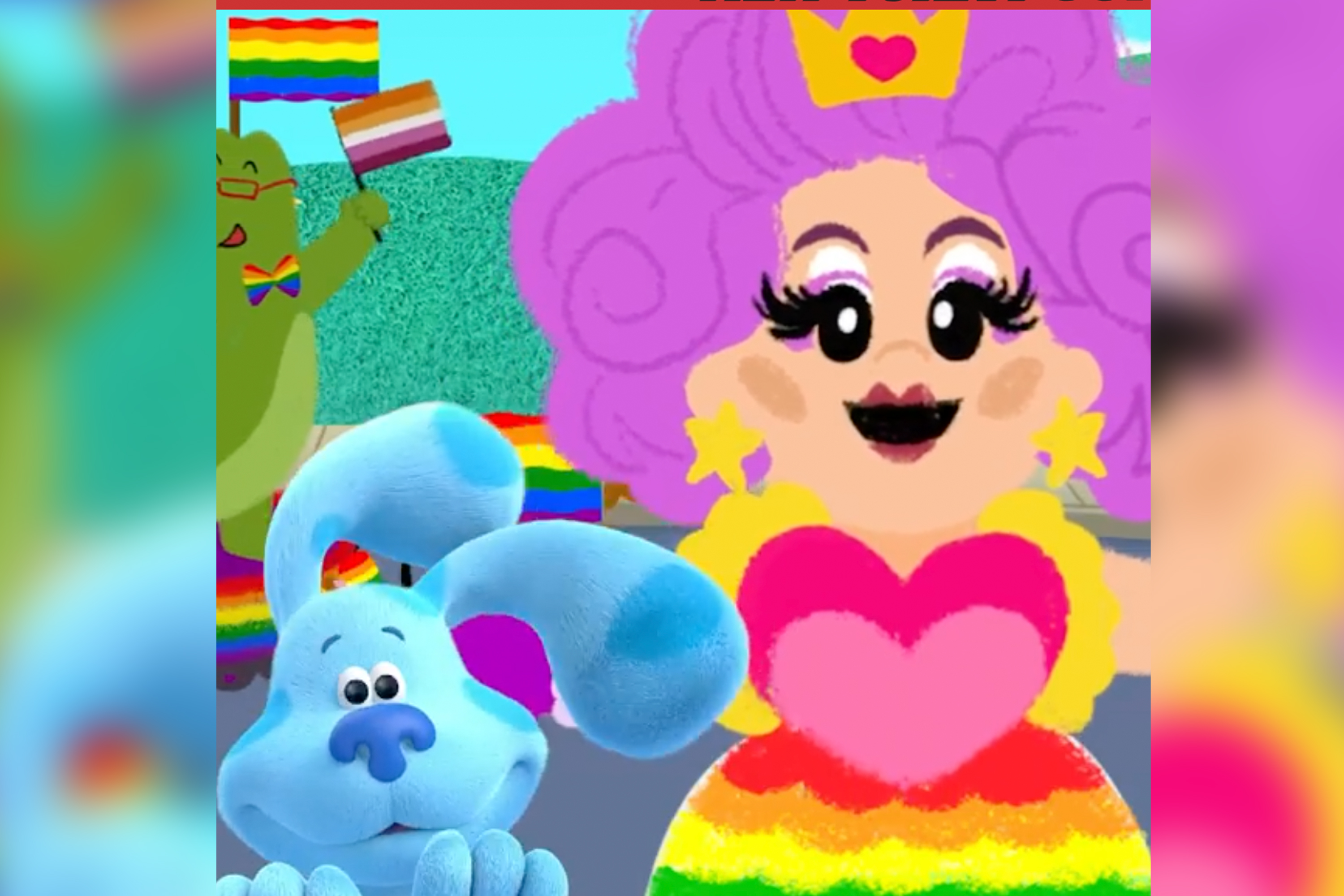 “Blue’s Clues” is going on parade — a pride parade, that is.

A new singalong for the preschool crowd posted to Nickelodeon’s YouTube channel this week shows the beloved cartoon pup in a singalong about families — lead by “RuPaul’s Drag Race” star Nina West.

“The Blue’s Clues Pride Parade 🏳️‍🌈 Sing-Along Ft. Nina West!” includes a cartoon version of the drag queen crooning about all different kinds of families, including those with trans, non-binary, lesbian and gay parents.

“This family has two mommies, they love each other so proudly, and they all go marching in the big parade!” West sings, as each family, depicted as different animals including alligators, cats and bears, pass by her.

“All families are made differently they love each other so proudly,” she also sings in the video, which had racked up at least 17,000 likes as of Saturday.

Who is Blake Moynes? Meet ‘The Bachelorette’ crasher