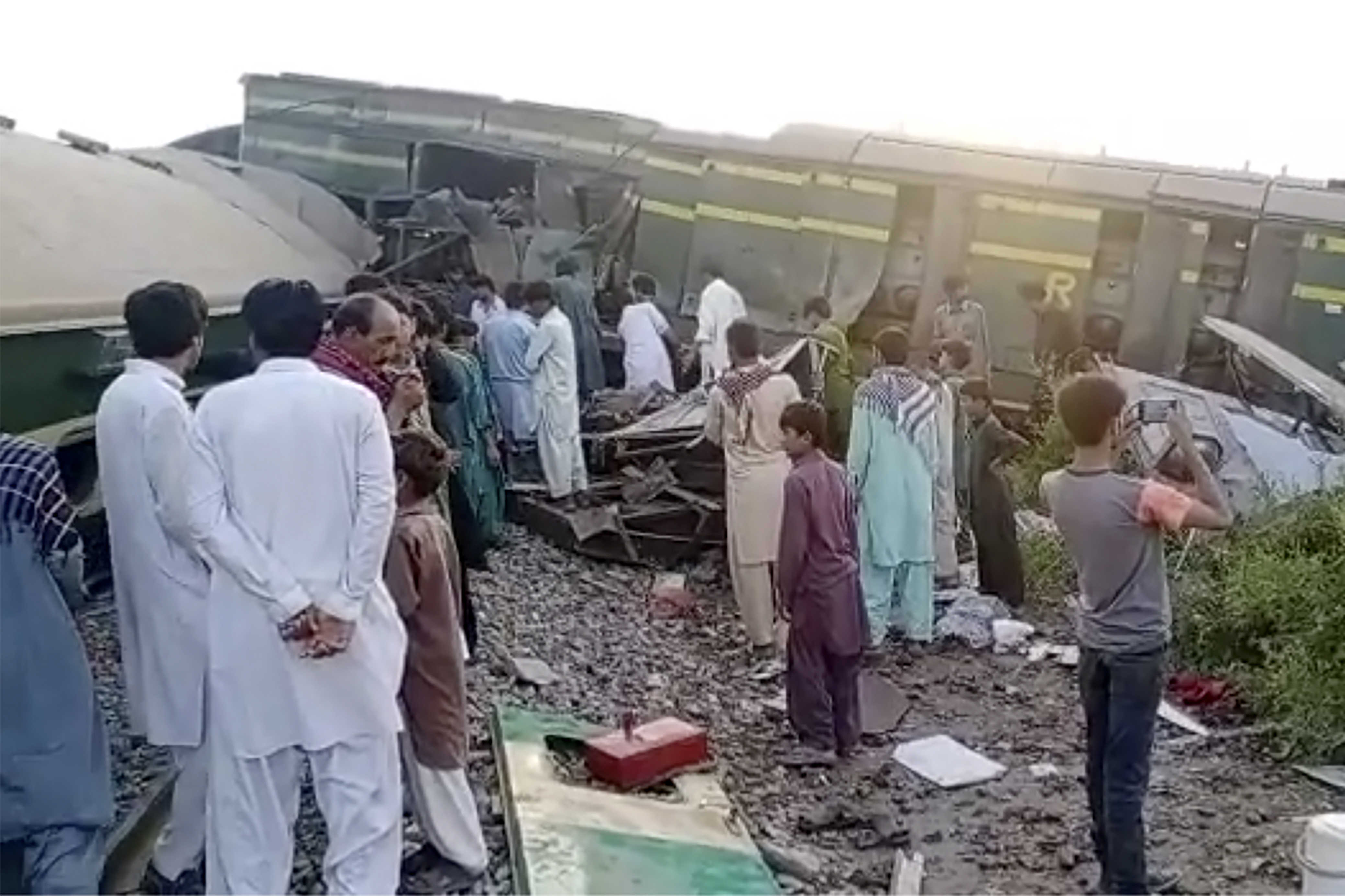 At least 30 passengers were killed in a collision between two express trains in Pakistan on Monday morning, authorities said.

The Millat Express train first derailed and soon after was struck by the Sir Syed Express train in Ghotki, according to Umar Tufail, a police chief in the district.

Rescuers, including troops, were working to pull survivors from the scene.

“Right now the challenge for us is to quickly rescue those passengers who are still trapped in the wreckage,” Tufail said.

Roughly 1,100 people were aboard both trains, officials said.

It was not immediately clear what caused the chain-reaction crash.

Some of the passengers on the Millat Express train were heading to a wedding party, local media reported. It was not known if they were among the dead or wounded.